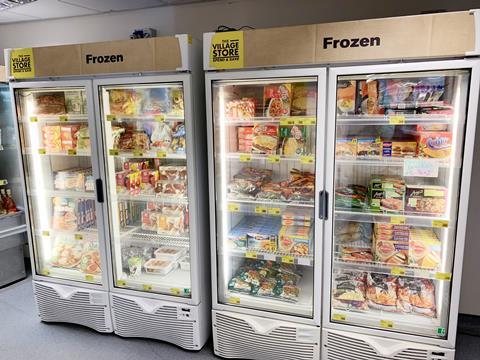 Frozen sales saw strong progress in the independents and symbol group channel over the past year.

According to Kantar data (52 weeks to 21 March 2021) released by the British Frozen Food Federation (BFFF), the frozen category saw a 14.4% value increase and 11.5% volume growth over the year, ahead of the overall grocery market (11.5% value and 7.9% volume). In financial terms, that equates to a £930m increase in sales value.

The Kantar figures also showed that of the nine categories covered, eight show both value and volume growth. Although rates of value growth slowed from last year’s peak for vegetables, potatoes, pizza and savoury categories. Only ready meals have not benefited from consumers buying more frozen showing a value decline of -1.3% and volume down -2.9%.

The research found that independents and symbols saw the largest percentage growth in absolute sales value at just under 37%, however this came from a very low level. The channel saw £13m absolute value sales growth over the year.

BFFF chief executive Richard Harrow said: “It’s evidence of a growing awareness of frozen food’s role in helping reduce food waste and the introduction of frozen to a younger demographic who want freshness, quality and convenience.

“Whilst last year’s performance was undoubtedly driven by the changing shopping habits due to the pandemic and the return to the big weekly shop, many consumers have been permanently converted to buying more frozen products by the long shelf-life, value for money and variety of food on offer. These latest figures indicate this is likely to be a long-term trend.”

He did warn that with the re-opening of hospitality, there may be another customer shift but was “confident that retail sales will remain strong and that the consumers renewed enthusiasm for frozen food will continue”.

Retailers have praised frozen deals offered by their symbol groups as helping this success. Richard Kent of Nisa Evington in Leicester said the £5 frozen meal deal he offers in his store has been well-received by customers.

Jason Sichel of Spar Holmer Green in Buckinghamshire said lockdown created a buying habit for shoppers. “At one point the only chicken you could get was frozen because there was no chilled poultry coming in,” he said. “I think a lot of people had to change their buying habits during that period and they’ve had to try new things and sometimes they liked them and carried on buying it.”