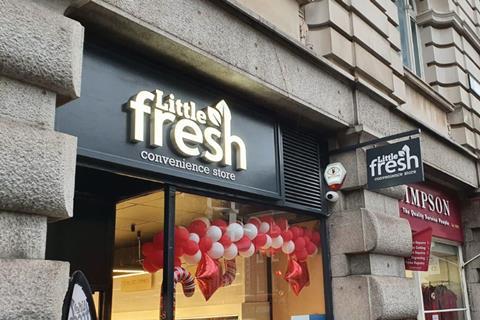 SimplyFresh’s LittleFresh model is being relaunched across London with three sites opening over the coming weeks.

The first site has already opened in Moorgate, with another due to open in early January in Buckingham Gate, and a third set to open in Baker Street later that month. All three stores are being run by Jasvinder Randhawa who also runs SimplyFresh stores in London.

According to the group, these are the first of the models to be opened without corporate partnership, having previously run them in healthcare and education environments.

A spokesman for SimplyFresh told ConvenienceStore.co.uk that there are plans to roll out a further five LittleFresh stores in London in 2022.

“Retailers identified an opportunity for the mission of serving customers everything they need in a small amount of time in a perfectly-packaged site,” he said. These units are no bigger than 600sq ft and have the best of SimplyFresh food to go and maximise on that mission.”