Jempson’s adds a seventh convenience store to its portfolio 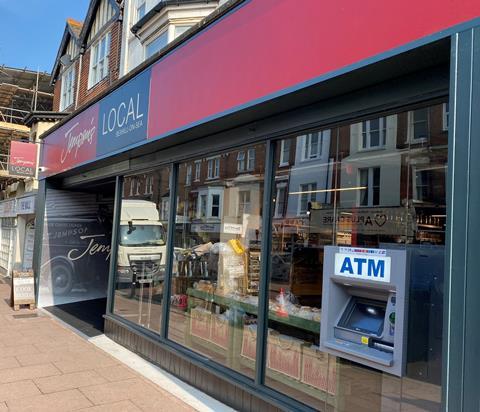 The store was completely gutted and extensively refurbished with an expanded retail sales area.

Services include, Food to Go, an ATM and enhanced food ranges.

Stephen Jempson said “We are hoping the new site will be a busy one. It is located on a main thoroughfare to the town’s train station and other transport routes. We are looking to develop and build on the store previous customer base”. He continued “Of all the requests that come across my desk, a request to open a store in Bexhill is always one of the most popular. Our brand of premium convenience trading from 4,500 – 5,000sq ft appears to be a hit with customers. We’re hoping it will be in Bexhill as well!”. Stephen concluded “We already operate a popular coffee shop in the same road which opened in 2010, so we are really excited about being a further part of the community”.

Bespoke leaflets were delivered to residents within the store’s catchment, featuring a number of special opening offers and money off vouchers.

The store will be open Monday to Saturday from 7am to 9pm.

The retailer opened its first store in Peasmarsh in 1935 and now has a portfolio of seven stores which include a mixture of supermarkets and convenience stores. Jempson’s also operate a petrol station, pharmacy, cafés, Post Offices, Pharmacy as well a wholesale bread business.

Jempson’s was founded by current owner Stephen Jempson’s Grandfather George Thomas Jempson and he is the third generation of his family at the helm. www.jempsons.com