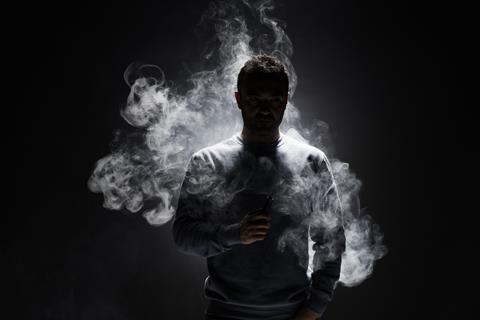 It is looking to shut down social media accounts that give the impression that they are official Geek Bar channels selling or promoting non-compliant products. 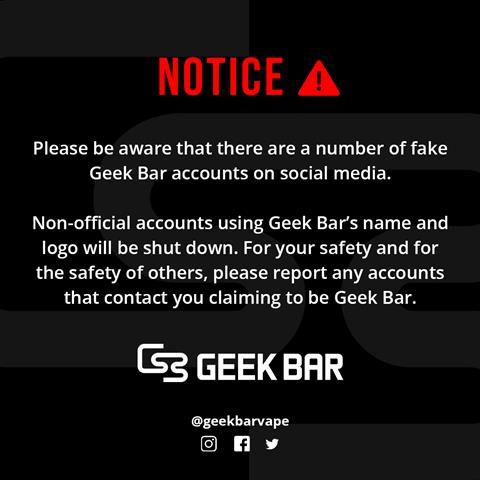 To help notify potential purchasers from these accounts, Geek Bar has produced a banner that will be placed on its social media accounts to warn social media users of fake accounts and alerting consumers to report them.

This latest move follows Geek Bar’s involvement in recently closing 12 counterfeit factories in China which had manufactured more than 100,000 counterfeit Geek Bars destined for the UK.

Geek Bar has already identified around 100 social media accounts claiming to be official as well as 21 other channels on Instagram and Twitter which the company says is blatantly trading in non-compliant vape products including Geek Bar Pro, which has a higher nicotine content that is legal in some countries, but not in the UK.

Chief executive at Geek Bar Allen Yang said: “We will not rest until we have addressed the illegal supply of non-compliant and counterfeit products into the UK as it completely undermines our hard earnt reputation as a manufacturer that produces high quality and country-compliant products.

“We will be getting in touch with all those responsible for the unofficial Geek Bar accounts to ask them to change their names so consumers are not fooled into thinking that they are buying products or receiving advice and information from an official Geek Bar source,” added Yang. “We will also be making Trading Standards aware of those operating accounts, which either use the Geek Bar name or another handle and are selling or promoting our products that are not on sale in the UK due to different regulations compared to the US and non-EU markets. We have also written to the social media platforms involved to highlight the issue.”

In addition to this current development and helping close counterfeit factories, Geek Bar has produced an official distributors list which is available via its website for retailers to check they are purchasing their products from a reputable source as well as a guide which shows a real Geek bar against a fake product.

UK regulations mean disposable vape products sold in the country should contain no more than 20mg/ml of nicotine nor have above 2ml liquid capacity. Furthermore, it is a legal requirement that product packaging includes warnings about the nicotine content.