Total UK retail sales increased by 0.3% last month, marking the lowest rate for the month of July since records began in 1995, according to new data. 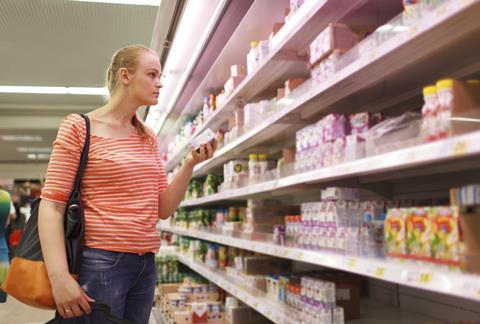 The BRC-KPMG retail sales monitor revealed that July’s record low retail sales followed the worst June on record and contrast with a 1.6% rise in July 2018.

Over the three months to July, food sales decreased by 1.0% on a like-for-like basis and by 0.3% on a total basis, which is below the 12-month total average growth of 1.8% and the lowest three-month average since December 2014, excluding Easter distortions.

The data also showed that UK retail sales increased by 0.1% on a like-for-like basis from July 2018, when they had increased 0.5% from the preceding year.

British Retail Consortium (BRC) chief executive Helen Dickinson said: “While retailers will welcome the return to growth, it has nonetheless been a punishing few months for the industry. The combination of slow real wage growth and Brexit uncertainty has left consumer spending languishing with the 12-month average total sales falling to a new low of just 0.5%.

“Whereas last year’s glorious sunshine and World Cup Finals led to strong consumer demand over the summer, this year has been weak in comparison, with both June and July showing the lowest sales on record for their respective months. And it is not just high streets that are suffering, with non-food online growth also one percentage point below the 12-month average.

“The challenging retail environment is taking its toll on many high street brands who must contend with rising import costs, a multitude of public policy costs, and ever higher business rates. A coherent strategy for retail is needed. The government should freeze future business rates rises and fix the appeals system before embarking on a wholesale reform of this broken tax system.”

KPMG head of retail Paul Martin added: “The UK may have had record temperatures in July, but retail sales were far from record-breaking at just 0.3% growth. While any growth is welcome after two months of decline, it’s clear that most players need more than sunshine to get back on their feet.”