Sainsbury's and Asda offer to sell stores to secure merger

Sainsbury’s and Asda have offered to sell up to 150 supermarkets and a number of convenience stores to allow their proposed merger to go ahead, amid concerns raised by the Competition and Markets Authority (CMA). 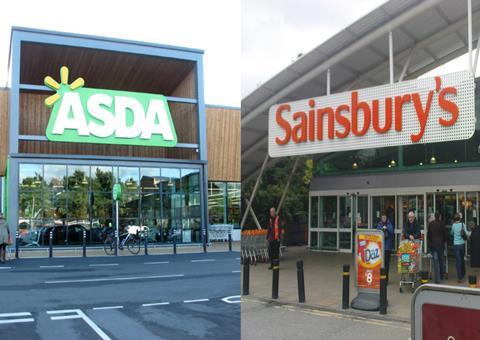 In a response document, the supermarket groups offer the divestment of 125 to 150 supermarkets, as well as an unspecified number of convenience stores and petrol stations, as part of a ‘Proposed Remedy Package’.

The announcement follows a statement earlier this week from the retailers vowing to deliver £1bn of lower prices to consumers if the watchdog approves the deal, claiming the CMA’s provisional findings contain significant errors.

The earlier CMA findings said that the £10bn deal could lead to “a worse experience for in-store and online shoppers across the UK through higher prices, a poorer shopping experience, and reductions in the range and quality of products offered.”

The CMA also had concerns that prices could rise at more than 100 locations where Sainsbury’s and Asda petrol stations overlap.

Sainsbury’s chief executive, Mike Coupe, and Asda chief executive, Roger Burnley, said: “We have asked the CMA to correct significant errors in its provisional findings. Its analysis fundamentally misunderstands how people shop today as well as ignores the intensity of competition and the dynamism of the UK grocery market, which evolves on an almost weekly basis.

“We have committed to £1 billion of lower prices for customers within three years of our businesses merging and proposed a remedy package that would satisfy any reasonable concerns. We urge the CMA to properly reflect the evidence so that we can deliver savings for customers.

“We regret the uncertainty this process causes for our colleagues and want to reassure them that no stores would close because of this merger, with any divested stores run by a credible third party.”

The CMA is due to deliver its final report by 30 April.