National Convenience Show postponed until September due to coronavirus

The UK Food Shows, including the National Convenience Show and the Farm Shop & Deli Show, have been postponed due to the Covid-19 coronavirus outbreak. 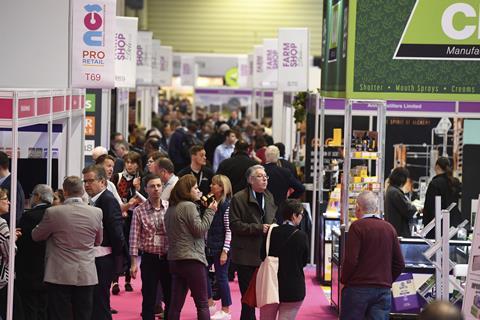 The shows were originally intended to run from March 30 until April 1, but event organisers William Reed have taken the decision to postpone the event until September in the light of the ongoing uncertainty over travel and public events.

New dates have been secured with the National Exhibition Centre in Birmingham. National Convenience Show, Farm Shop & Deli Show and Food & Drink Expo will now take place at the NEC on the 7-9 September 2020. There is not enough space at the NEC to move Foodex and The Ingredients Show to the same timeline, so these shows will move to 12-14 April 2021 and sit alongside next year’s food shows.

Andrew Reed, managing director – exhibitions at William Reed, said: “This decision has not been taken lightly. We have been following Government and WHO advice to continue as planned however it is now more likely that under the Government’s ‘Delay’ phase large scale events will be prohibited before the end of March.

“All existing bookings, live event content and visitor registrations remain in place and will be transferred automatically to the new dates. We will be in touch over the coming days and weeks to facilitate a smooth transition.

“By acting now, we hope to remove the uncertainty and allow you to plan as effectively as possible whilst minimising associated costs. We would like to thank our exhibitors, visitors, speakers, partners and suppliers for their continued support and patience during this challenging time.”

The Association of Convenience Stores (ACS) has also postponed its annual Summit, traditionally held alongside the National Convenience Show, until later in the year. The Summit will now take place on September 8 at Vox Birmingham, part of the NEC complex.

Nisa has also postponed its annual exhibition at Stoneleigh, Warwickshire due to the escalating Covid-19 situation. The exhibition has been rescheduled for October 20-21 at NAC Stoneleigh.

The Unitas trade show, due to take place on 17 March, has been cancelled.