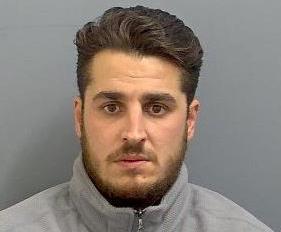 A man has been jailed for three years and eight months in connection with an ATM ram-raid at a Co-op Group store in Cambridgeshire, after he was identified by his DNA on a recovered balaclava.

The incident happened at the store on Constable Road in St Ives in the early hours of 27 September 2018.

Maurice Rogers, 28, used a stolen JCB Teleporter to tear a cash machine from the wall of the store, before loading it onto the back of a Mazda B2500 pick-up truck with the help of four other men, who have not been identified.

According to Cambridgeshire Police, a tracking device in the machine showed the Mazda travelling through Earith, Cambridgeshire, before officers recovered a balaclava one of the men had removed.

The balaclava was sent for forensic analysis and DNA from Rogers was found.

Rogers pleaded guilty to burglary and was jailed for three years and eight months at Peterborough Crown Court.

PC Neil Patrick said: “Rogers caused a significant amount of damage in this calculated robbery. Fortunately the cash was recovered in this instance and won’t fall into the hands of criminals.”