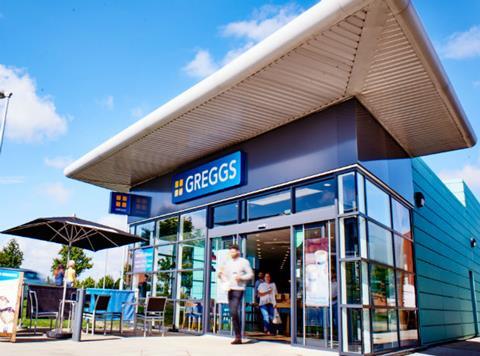 The new service, which is initially launching in Bristol and Birmingham this week, alongside expansion in London, Newcastle and Glasgow where it was trialled, means that shoppers can now order anything, from breakfast bacon baguettes to vegan sausage rolls, straight to their doors with no minimum spend.

Just Eat, which is focusing on “expanding beyond traditional takeaways,” said the rollout had been determined by customer demand, after it asked the nation to tell it “which cities should get delivery first”.

More than 38,000 people responded and delivery will next launch in Manchester, Leeds, Sheffield and Nottingham in the spring, with a plan to achieve national coverage by the end of the year.

Just Eat UK managing director Andrew Kenny said: “Greggs has proved extremely popular with our customers, especially during breakfast, demonstrating that as a nation we love the convenience of getting our favourite food delivered - be it a Greggs bacon baguette and coffee on a Tuesday or your local Thai at the weekend.”

Greggs chief executive Roger Whiteside, said: “We know from the trials we have carried out, that our customers love the idea that they can get Greggs delivered directly to their door and we’re delighted to now be working with Just Eat to provide that service to our customers across the UK by the end of this year.”

Top-selling delivery items in the initial trial included sausage rolls and the breakfast deal which includes either a bacon, sausage or omelette roll/baguette with a hot drink, water or orange juice.

Orders can be placed from 7am, with no minimum spend.