The Central England Co-op has linked up with police forces to launch a new campaign warning people that verbal and physical threats towards workers will ‘not be tolerated’. 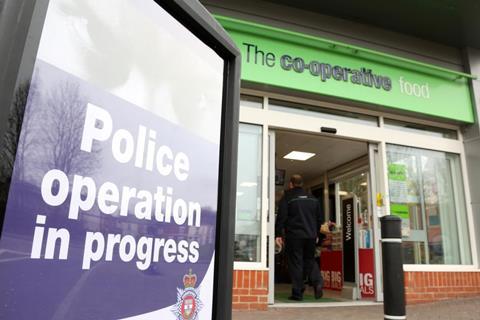 The campaign will be supported by a poster campaign, closer links with local police forces across its trading estate of 16 counties, lobbying government for changes in the law and several new measures in stores.

Since January this year, Central England Co-op has recorded 275 incidents of threats and intimidation, 171 cases of verbal abuse and 72 assaults to date.

New measures in stores include:

Chief executive Debbie Robinson said: “We want to send a clear message out to anyone who might act in a violent or aggressive way to colleagues in our store – this behaviour will not be tolerated.

“We want people to think long and hard about the person wearing our uniform – they will be someone’s mother, father, brother, sister, son, daughter, grandma or grandfather.

“We want people to ask themselves whether they would like their relatives to be confronted by someone in a violent or aggressive way – the answer is no and therefore why should our colleagues or anyone who works in retail have to even consider facing up to this kind of behaviour.

“This campaign is designed to ensure our colleagues and their families are protected from the physical and emotional impact of violence and aggression and feel safe to come to work.”

She said Central England Co-op was working with local police forces to crackdown on the issue.

The rollout of a string of new measures last year to reduce incidents saw burglaries drop by 6% and robberies by 30%.