How my Budgens went viral on TikTok during the fuel crisis

The past week has seen forecourts thrown into disorder as consumers scramble to fill up their vehicles following rumours of a petrol shortage.

Goran Raven of Raven’s Budgens forecourt in Abridge, Essex is utterly fed up. “It’s frustrating because these last few days have been caused solely by the media,” he says. “It’s been whipped up to something that it isn’t and we now do have a fuel situation.”

He’s had to bear the brunt of consumer anger when petrol runs out. “It’s always very difficult when you’re cutting off the queue,” he says. “This guy started getting angry, then I looked at his dashboard and he had 80-90% full tank. I pointed this out to him and he started effing and blinding at me. We’ve had lots of threats of violence.”

Although fuel is constantly selling out, sales are in fact down, he claims. “Yes, I am taking a huge amount on fuel, but the massive peak is swallowed up by the huge trough when we don’t have it,” says an exasperated Goran. “This is the least amount of fuel we’ve sold in September for the last five years.”

Trade in the store is equally grim. “It’s killed the store stone dead,” he says. “Under normal circumstances we have a very low wastage of fresh, we operate around 2%. It’s enormous now, I don’t want to even look at the figures. The shop is down 40% if not more. No one is shopping, they’re just filling up and leaving.”

Despite the doom and gloom, Goran has maintained his sense of humour and decided to spread a little cheer by creating funny TikTok videos poking fun at the ridiculous situation.

“The social media was done on a bit of a whim,” he says. His most-watched video, which shows someone waving a ‘No fuel’ sign to comical music, has racked up over 612,000 views and over 13,000 likes on TIkTok. “The fuel sign was being held by my daughter who came up to the site to help out - I thought she could just show her friends, but it turned out quite a few more people saw it than that!” grins Goran.

Another video he’s filmed showing a petrol tanker arriving at the forecourt to the tune of Hot Chocolate’s You Sexy Thing has amassed over 447,000 views and over 19,000 likes.

A third video shows fuel running out to the popular TikTok tune of ‘Oh no’ and has 60,000 views to date.

“It’s a light-hearted bit of fun,” he says. “The TikToks that have blown up have all been impulsive. If you have to plan it, it comes across as manufactured and fake.”

But is there any wider benefit to going viral? “Tiktok leads to our Instagram, Instagram leads to our Facebook,” he explains. “I’ve had at least 100 new likes to the page in the last three days.” The store posts regularly on Facebook and Goran claims that the site is directly responsible for increasing sales. “Facebook has always been our main social media tool,” he says. “I can put sales to that really easily. Posts on Facebook equals money in the till, no question.” 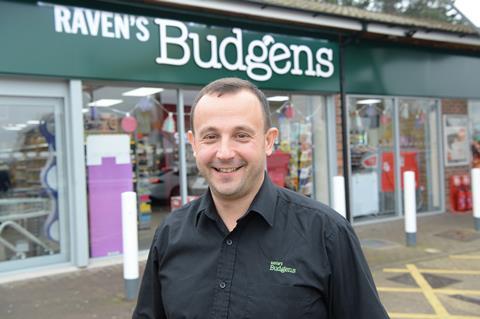 He’s quickly realising that TikTok can also have a direct impact on the business. “One of the ladies in the [petrol] queue told me her daughter in Spain followed us on TikTok and had contacted her Mum to say get to Abridge - they have fuel,” says Goran. “It has a direct effect on sales.”

He has also noticed that views of his older videos are growing thanks to the store’s new found TikTok popularity and he is hopeful that, over time, the platform could help to win over more new customers.

His TikTok account currently has over 1,400 followers and 39,000 likes and counting.