Convenience Stores across the country are thinking outside of the box to implement innovative safety and social distancing measures in a bid to keep their staff and customers safe.

Frankie and Adrienn Ago of The Snooty Fox (Nisa) in Shalford, Surrey, have installed a hand-washing station outside the store complete with running water, soap and handtowels. 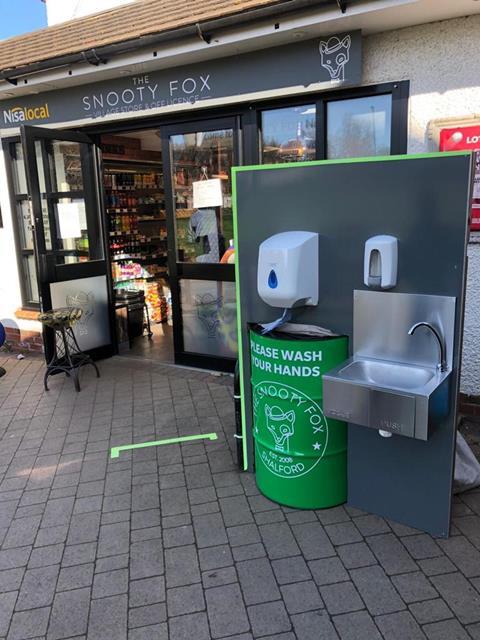 The couple have also built a screen that fits round the in-store counter to minimise contact between customers and staff. 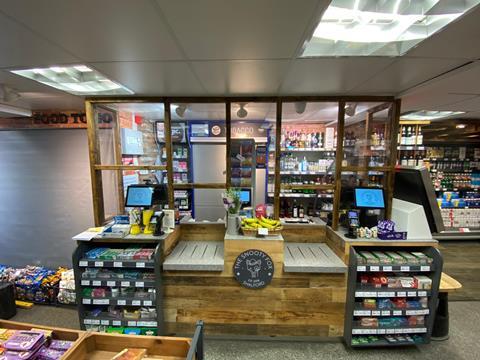 The team at Singh’s Premier have used tape to create social distancing markers on the shop floor to help keep customers apart from each other. 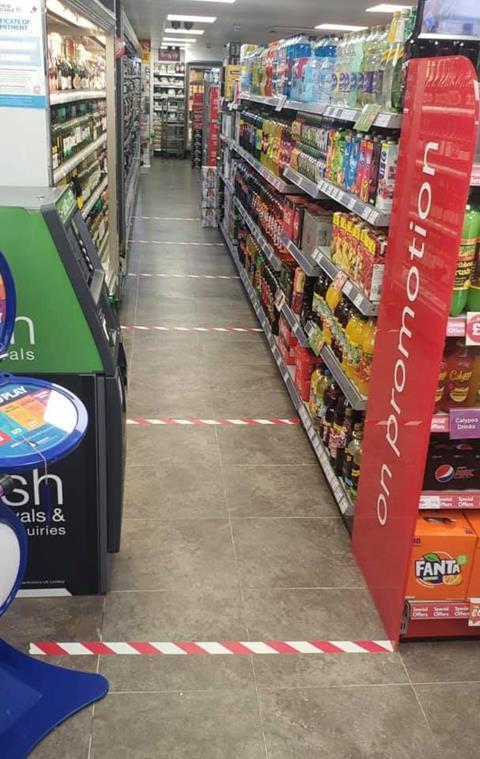 Spar Tremadog has launched a new ‘drive by’shopping service, allowing customers to order goods and pay over the phone. They then arrive at the store at their alloted time, “beep the horn” and staff bring their goods out to the car. 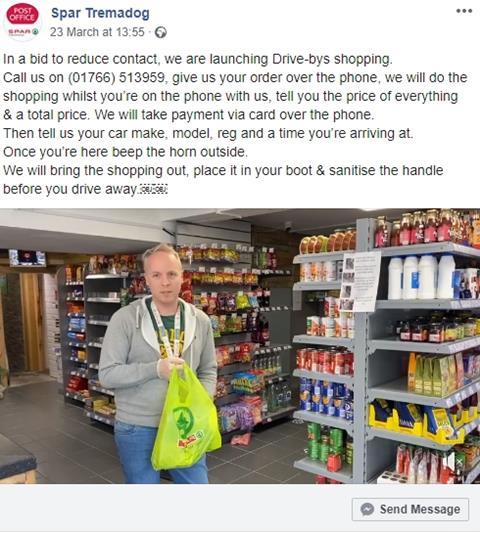 Spar Winford Ford has updated its customer notices asking people to stand two metres apart at the till. 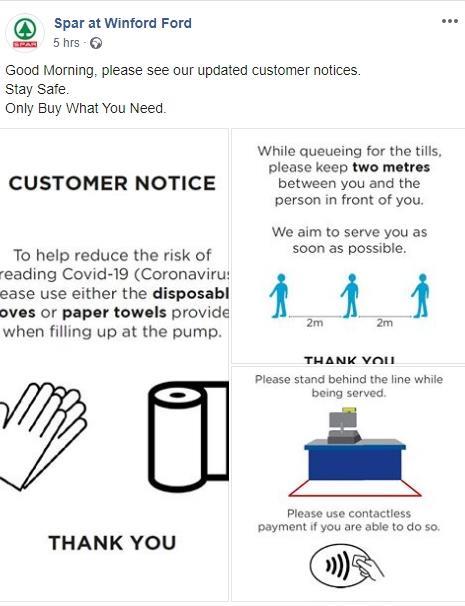 Central England Co-op has put in place a range of new social distancing measures to keep colleagues and customers safe. Stores are now only using every other till point to keep customers and colleagues a safe distance apart and special markings have been installed throughout stores to showcase two metre spacing. 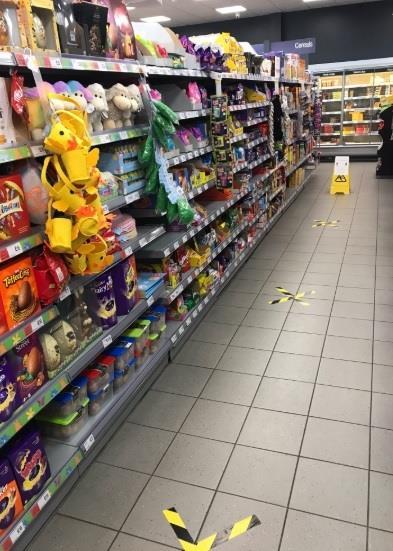 Special markings have also been installed outside stores so customers queuing to enter maintain safe distances of two metres.

Central England Co-op has also rolled out the installation of plastic screens at its stores to keep colleagues and customers safe. 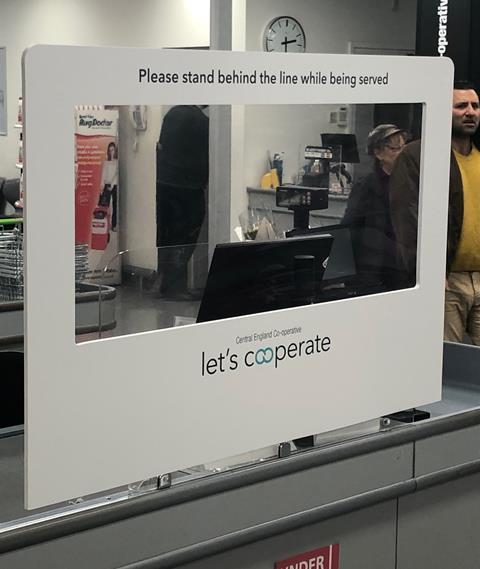