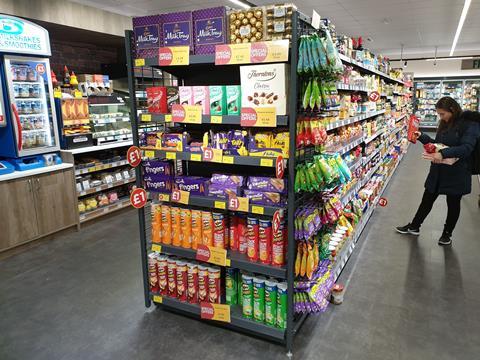 The Association of Convenience Stores (ACS) has written to the Prime Minister, calling for an urgent review of the introduction of location and promotional restrictions on HFSS products.

During Prime Minister’s Questions this week, the PM was asked about the upcoming HFSS regulations and their potential impact on the food sector. In response, the PM stated that the industry had been given ‘more time’ to consider the impact of the regulations. Despite this claim, retailers are still preparing for the implementation of the regulations in October this year, affecting thousands of stores at a cost of over £90m to the convenience sector alone.

The letter to the Prime Minister, submitted by ACS today, references the exchange at Prime Ministers’ Questions and outlines the burden that the regulations will have on convenience retailers. The letter also highlights the huge uncertainty still remaining about the detail of the rules, which has arisen because the Government is yet to publish official guidance on the regulations.

The letter states: “…with only seven months left until the implementation of the biggest regulatory change to the sale of grocery products in England for a generation, there remains a huge amount of uncertainty for local shops, supermarkets and food suppliers. At present your officials cannot indicate to industry, including thousands of small local shop owners, a clear definition of the products impacted by the regulations or the promotional mechanism that can be used to sell them.”

ACS chief executive James Lowman said: “The Government is expecting retailers to make fundamental changes to their businesses in the dark, without clear guidance on what they can and cannot offer to customers. With the cost of living rising and wave after wave of food supply crisis hitting retailers over the last two years, this is not the time to introduce enormously disruptive, costly and unproven regulations.”

The HFSS regulations, set to come into force in October, will impact a wide range of products including cereals, yoghurts, ready meals and juices. Thousands of retailers are set to be included within the regulations, which affect stores over 2000 sq ft (location restrictions) and businesses with over 50 employees (volume promotions – includes some symbol groups and franchises). Research carried out by ACS in August 2021 showed that 45% of independent and symbol retailers were not aware of the upcoming regulations.

ACS has produced detailed Assured Advice for retailers based on what has been published about the regulations.