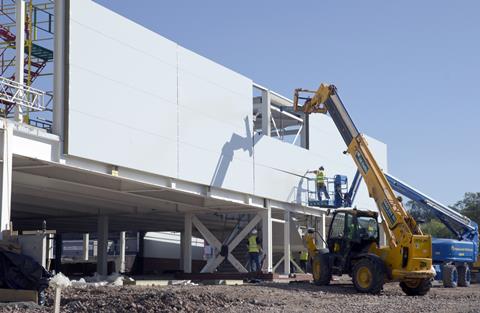 A major consultation on reforming the planning system in England has been praised by the retail industry.

The ‘Planning for the Future’ white paper is seeking views on proposals to reform the planning system in England to streamline and modernise the process by transitioning from a case by case discretion-based planning system towards a rules-based system.

• Renewal areas suitable for some development, such as gentle densification – where there would be a general presumption in favour of development established in legislation

Councils will have 30 months to divide up areas into growth/renewal/protected designations following the passing of legislation.

ACS (the Association of Convenience Stores) has pledged to work with the government and local authorities to make sure any changes to the system work for communities and the retailers who serve them.

Chief executive James Lowman said: “This is a significant change to planning policy, and this matters to our members because this sets the framework for which stores get built where, and how the communities we serve will change into the future.

“The planning system needs to strike a balance, supporting new development where it is needed, enhancing communities, and promoting investment and economic growth. We know that the Town Centre First policy has played an important role in pushing investment into centres and communities rather than out of town, and we’ve seen the benefits of this during the pandemic as most people have been able to access food and essential services close to their homes. This must continue to be as feature of the new system.”

The consultation is open until 29 October and submissions can be made here.