Grocery sales through UK supermarkets and discounters experienced a 2.2% rise in the last four weeks, aided by the late August bank holiday heatwave, according to latest Nielsen Total Till data. 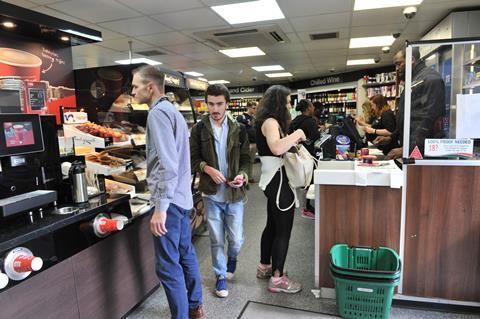 Shoppers spent £193m more than they did in the same period last year, with nearly half of this spend at discounters and high street value retailers.

Discounters Aldi and Lidl enjoyed respective 8.7% and 12.2% sales increases in the 12 weeks to 7 September compared to the same period last year, and Aldi’s share of grocery market spend rose to 9.4% – putting it level with Morrisons.

Soft drinks sales jumped by 5.1% in the past four weeks, while the frozen foods and beer, wine and spirits categories saw uplifts of 4.1% and 3.3% respectively.

Suncare sales meanwhile were up 26%, and ice cream up 17%. Shoppers also spent £5.7m more on pre-mixed alcoholic drinks, an increase of 32%.

The hot end to August followed a mixed bag of summer weather and a wet start to the season.

Nielsen’s UK head of retailer and business insight Mike Watkins said: “Momentum has been hard to sustain over the summer as seen in the 12 week trends, but in the latest four weeks there has been strong performance from The Co-op as well as Sainsbury’s which has attracted over 370 thousand new shoppers and is currently the fastest growing top four supermarket.

“We are also seeing sales improve at M&S with new marketing campaigns designed to attract more frequent visits to their food halls and standalone food stores.

“We anticipate a slow start to the September to December trading period, and don’t expect sales to accelerate until the end of November.

“For the major supermarkets, there are three challenges ahead: to grow spend per visit faster than the discounters; to encourage shoppers to visit more often for their various shopping occasions, and to roll out inspiring advertising campaigns that will help to build loyalty through to the end of the year, including the crucial month of December,” he added.