Tobacco-style plain packaging legislation should be extended to cover confectionery, crisps and sugary drinks, an influential think tank has recommended. 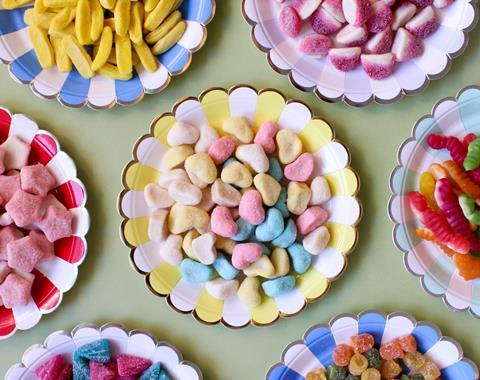 The Institute for Public Policy Research (IPPR), which is part funded by local and national government departments, is calling for a number of hard-hitting new measures to help protect public health.

Plain packaging for confectionery, crisps and high sugar drinks would “level the playing field between confectionery products and fruit and vegetables,” its new Ending the Blame Game report claims.

Slamming the call, the Food and Drink Federation (FDF) said that plain packaging was “not an effective way to tackle obesity.”

“All this would do is increase the amount of time it takes for people to shop,” a spokeswoman said.

“Product branding is a fundamental commercial freedom. It is critical to competition in the food and drink market, allowing consumers to easily pick the products they know and love.

“It is also a mechanism for recognised brands to promote new and innovative products, while it allows challenger brands an opportunity to gain a foothold in a competitive market place.

“We recognise that obesity poses a huge public health challenge in the UK, and food and drink companies are well aware of their role in addressing this issue,” she added.

The IPPR report also recommends raising the minimum age of smoking to 21 – a proposal which was already put forward by the All Parliamentary Group on Smoking and Health earlier this year.

According to the IPPR report, evidence from the US that found counties which raised the minimum age to 21 saw a greater decline in youth smoking relative to those that did not.

As of May 2019 fourteen US states and 470 localities, including New York City, Chicago and Washington DC, have raised the tobacco sale age to 21.

The IPPR report also calls for an extension of the sugar levy to cakes and confectionery, with the proceeds against being earmarked for investing into physical education and local sports facilities and for no “fast food restaurants” to be located within 0.1m of schools in England by 2025.