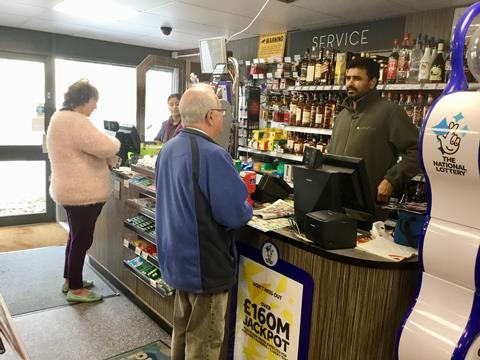 The 46,388 convenience stores in mainland Great Britain employ around 405,000 people, generating sales of over £40.3bn over the last year. The report also found that the convenience sector contributed over £8.8bn in gross value added (GVA) over the last year, as well as over £7.7bn in direct and indirect taxes like excise duties, VAT, business rates and corporation tax.

Convenience store retailers have invested £633m in the last year on improving their stores, and Post Offices and convenience stores are viewed as the top two services that have a positive impact on a local area. Independent c-store owners continue to work tirelessly, with 19% of them working more than 70 hours a week.

Association of Convenience Stores (ACS) chief executive James Lowman said: “Despite challenging retail conditions over the last year, convenience stores have invested over £633m, improving their businesses and taking on a wider range of products and services to meet the needs of ever more demanding consumers. The UK’s network of convenience stores has remained resilient, in part due to the entrepreneurial spirit of thousands of independent retailers that have continued to change, adapt and develop their stores.

“Our local shops are not immune to pressures however. The cost of business rates still hits hard, especially for those looking to invest, and as an employer of around 405,000 people, any unpredictable increases in wage rates will have a real impact. One in five independent retailers already works more than 70 hours per week, and it is often by taking on more hours in the business themselves where retailers make up the shortfall in other areas.”

This year’s report have highlighted the potential impact that a No Deal Brexit would have on the convenience sector and their customers. Almost one in four (23%) independent retailers reported that they do not have any additional space in their store, 45% of independent retailers rely on deliveries from wholesalers for their products, while 34% get all of their products from a cash and carry.