Retail trade organisations ACS, NFRN and SGF have welcomed the Scottish government’s decision to amend the regulations for the country’s forthcoming deposit return scheme for food and drink packaging to include a new exemption for return points. 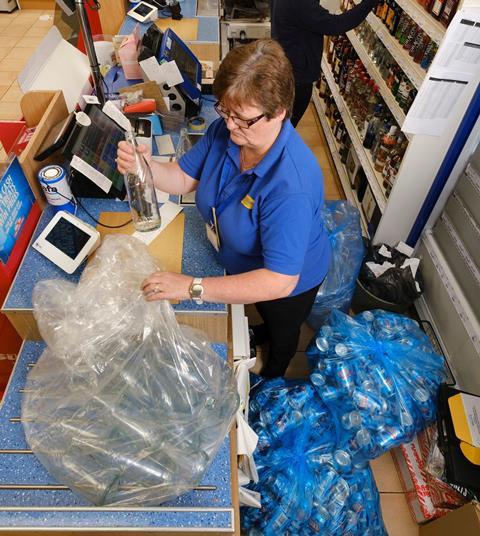 The regulations were passed by the Scottish Parliament this week, confirming a start date for the scheme on 1 July 2022. From that day, consumers will have to pay a 20p deposit on single-use drinks containers made of PET plastic, steel aluminium or glass, which they then get back when they return the container to their local shop or other return point.

The regulations now allow an exemption to be granted where it is not possible or reasonable to operate a return point on a retail premises without significant risk that the retailer would in consequence be in breach of legal requirements such as food safety, health and safety, and fire safety.

In response to a joint letter from trade bodies about the impact of a deposit return scheme on local shops, the Cabinet Secretary for Environment Roseanna Cunningham MSP reiterated the Scottish Government’s position that the scheme should be cost neutral for retailers that operate return points. However, it will be up to the scheme administrator to determine how much retailers will be compensated for their role in taking back containers.

ACS chief executive James Lowman said: “We’re pleased that the Scottish Government has taken the concerns of local shops into consideration with regards to the regulations for implementing a scheme. This is only the beginning of a long and complex journey, and we are committed to working with the Scottish Government and the scheme administrator to deliver a workable scheme.“

SGF chief executive Pete Cheema OBE said: “We are now moving into the next phase of DRS and the response from industry will be crucial. We remain concerned about the impact of the current COVID crisis on businesses and their ability to plan for and invest in the scheme. However, we look forward to working with the scheme administrator once it is formed and indeed would welcome the opportunity to be part of it.”

The regulations are available to view here.