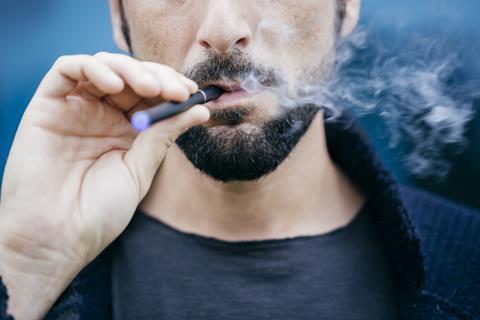 A poll, carried out by the Diffley Partnership and commissioned by the Scottish Grocers’ Federation, has shown support for vaping as a means for quitting smoking.

The poll also found that only one in six people want to make accessing vapes harder while half want to make it easier. This comes as the Scottish government consults on if in-store promotional displays of e-cigarettes should be banned.

Dr John Lee, SGF’s head of policy and public affairs, said: “Scots - both smokers and non-smokers alike - are giving the thumbs up to e-cigarettes. This is important evidence from the real world which backs up the view of NHS Scotland that vaping is much less harmful than smoking cigarettes.

“Vapers are telling us that they are turning to e-cigarettes because they are safer, cheaper and more likely to lead to them quitting for good. Our member convenience stores want to play their part in the massive effort needed to switch smokers to vaping and make Scotland smoke free by 2034.”

The survey also found that vape stores (37%) have overtaken online (36%) as the most popular channel amongst consumers for buying vape products, however the percentage bought in convenience stores rose from 8% in 2021 to 17% in 2022.

“It is great news that double the number of respondents are buying their e-cigarettes from convenience stores than were doing so a year ago,” added Lee. “Not only is buying in one of our member’s stories good for the local economy, it also helps the vaper know what they are buying.

“The Scottish Government wants to make Scotland smoke-free by 2034 - they have the route to achieving that right in front of them.”