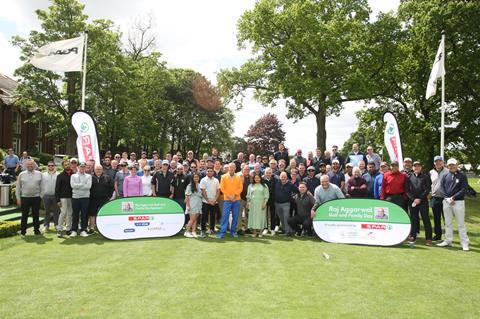 An industry golf day and networking dinner in honour of Raj Aggarwal is on course to raise £20,000 for charity.

Taking place at The Belfry Hotel and Golf Resort earlier this month to honour Raj, who passed away from Covid-19 during the pandemic, the event is on track to raise £20,000 for Sheffield Hospital Charity and Leicester Hospital Charity.

One of the event’s organisers, Julian Taylor-Green, said the response by the industry was “phenomenal”.

Julian praised the Association of Convenience Stores and Gareth Aston from Sheffield Hospitals Charity for their instrumental work in making the event happen as well as Raj’s wife Sunita for her support and tireless efforts to help raise money for the charities.

“We started talking about it a few months after Raj passed away but due to Covid-19 restrictions, it was delayed,” explained Julian. “We got Sunita’s blessing for it and expected a round of golf and some networking that would raise a couple of grand but then it quickly grew to much more than that.”

The event had 91 golfers attend and 160 people at the evening function, surprising the organisers. “We very quickly covered the cost of running the event but the speed at which companies got involved was fantastic,” said Julian. “It show how much we all loved Raj.”

The golf day had support from Spar, Suntory, One Stop, Boost, EdgePos and Philip Morris Limited.

With so much support for the event, Julian expects the golf day to become a regular fixture in the industry’s calendar. “Even though it’s difficult right now to organise an event, the level of interest from retailers, symbol groups and brands showed that everyone wanted to acknowledge and pay their respects to Raj. It was a real family event and we all did Raj proud, and hopefully we can do it all again next year.”