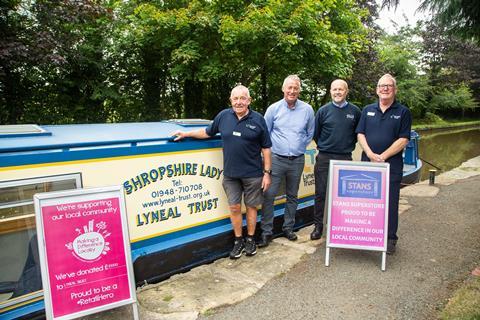 Nisa’s Making a Difference Locally charity has seen a significant increase in both the number of donations and amount donated by retailers over the last four months.

Between July and October, Nisa partners donated £289,072 to good causes via the MADL charity, with 577 individual donations made; representing a 74% increase in the total donated and a 47% uplift in the number of donations when compared with the same period last year.

The total amount donated between August and September alone almost doubled from last year’s figure, while in October more than £110,000 was donated; an 87% increase on the same month in 2020.

The uplifts follow an already strong year of partner donations, with almost £1.2m given to good causes during MADL’s last financial year, which came to a close at the end of June 2021.

Nisa’s head of charity Kate Carroll said: “Community has become more important than ever before and engagement from Nisa partners has continued its strong momentum throughout the year.

“We’re delighted that good causes have benefited from almost £290,000 in the last four months alone and we expect to see lots more charitable giving and activity within Nisa partners’ local communities in the run up to Christmas and beyond.”