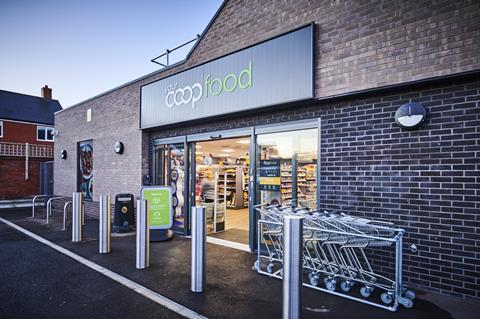 Your Co-op Food, part of The Midcounties Co-operative, has announced a £1m investment as part of its ongoing commitment to protecting its colleagues, stores and local communities.

The Society is launching a range of new measures and systems to deter retail crime. Not only will the measures help bring criminals to justice, but it will also make its local communities a safer place for both its colleagues and members.

The measures include creating a dedicated Safe Stores team within the Society, and rolling out state-of-the-art technology in stores. A number of stores will also see the introduction of new CCTV systems connected to a remote operator who will be able to speak to colleagues and offenders via the cameras and alert them that the police have been called during an incident.

The Society will also introduce roaming guards to increase security at sites and are working with a third-party supplier to develop a crime hub, whereby in the event of an incident a report file will automatically be produced for the Police, helping to streamline the reporting process.

The Midcounties Co-operative, along with other co-ops across the UK, have long campaigned for greater support for colleagues impacted by attacks on shop workers, which now looks set to be introduced when the Police, Crime, Courts and Sentencing Bill is passed into law. Midcounties also continues to work closely with local police forces to develop new preventative strategies.

Rupert Newman, chief retail officer at The Midcounties Co-operative, said: “The safety of our colleagues, customers and members. That’s why we’re making such a significant investment to help prevent crime occurring in our stores and ensure that, when incidents do happen, the perpetrators are held to account.

“By using the latest technology and further deepening our relationships with the Police, we are sending a clear message that we have a zero-tolerance approach to criminal incidents that could affect our colleagues, members, customers and local communities.”

As part of the initiative, the Society will also be trialling a number of additional measures, including the introduction of additional panic alarms for colleagues to alert support in the event of them being involved in an incident, perimeter alarms that will alert operators out of hours if the perimeter of a store is breached.

To implement all of the above new measures and to help keep its colleagues, members and communities safe, Midcounties has partnered with one of Europe’s leading security suppliers, Amberstone.

The Midcounties Co-operative’s investment into its Safer Stores initiative is in addition to the more than £4m that it is investing in opening eight new Your Co-op Food stores throughout 2022.