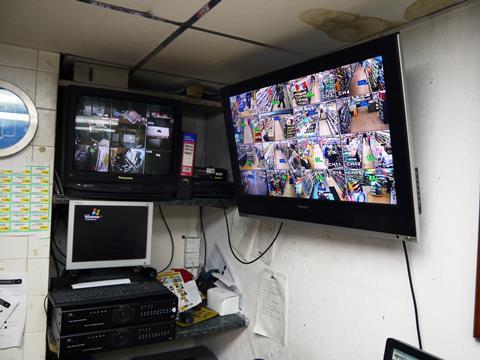 The UK’s local shops have invested a record £246m in crime prevention measures over the last year, aiming to tackle the crimes they experience such as theft and robberies, as well as verbal and physical abuse.

The 2022 Crime Report, published today by the Association of Convenience Stores (ACS), shows that on average, each store in the convenience sector spent over £5,000 on crime prevention measures including security staff, CCTV and intruder alarms.

ACS chief executive James Lowman said: “During the pandemic, convenience stores were repeatedly targeted by criminals as they were often some of the only businesses trading, but now retailers have sent a clear message that they will not sit back and take this, investing a record amount to keep their businesses, colleagues, and themselves safer whilst ensuring that they have usable evidence to provide to the police in the event of an incident taking place.

“The cost of this investment, almost a quarter of a billion pounds, primarily comes from retailers’ own reserves. At a time when all costs are rising in the business, these figures demonstrate just how much of a priority tackling crime is for every local shop trading across the UK.”

The impact of these crimes is not just felt by retailers and their colleagues, as the 2022 Crime Report shows that together, the cost of crime and investing in tackling crime results in a 9p ‘crime tax’ on every transaction made in stores.

The ACS reports that they have seen progress in raising the profile of crimes committed against convenience stores, including the introduction of the Police, Crime, Sentencing and Courts Bill, which will introduce a new aggravated offence for attacks on people serving the public.

As well as this, 37 of the 42 Police and Crime Commissioners in post now reference business crime as part of their local plans and the Home Office funded Shopkind campaign has reached thousands of businesses in the retail sector, reminding the public to be kind to colleagues and each other.

Lowman continued: “Retailers voices are being heard when it comes to taking crimes against their business seriously. Twice as many Police and Crime Commissioners make explicit reference to business crime in their plans this year compared to 2020, new legislation is on the way to make attacking a shopworker a more serious offence, the new drugs strategy offers new approaches to tackle repeat offenders, and there has been UK-wide support for the Home Office backed ShopKind campaign.”

“But we still have a long way to go: too many crimes are still not being reported because many retailers have poor experiences of the response from the police and courts. We urge retailers to ensure that all crimes are reported to the police to demonstrate the true scale of the problem, and for the actions of the police and justice system to be targeted to stop reoffending.”