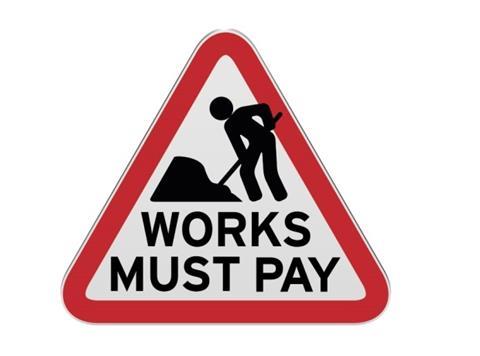 Many retailers have lost business as a result of roadworks limiting access to their store. It could be a result of gas or water companies digging up the road, council contractors widening or resurfacing the highway, or a major transport scheme involving a range of agencies. Often store owners are caught completely off guard by works operating outside or near their store, owing to a communication void.

So if you’ve endured scenarios outlined above, it’s likely you would have felt entitled to compensation for loss of trade. But did you know where to go to seek recompense? If so, were you successful in claiming enough? Was it a straightforward and speedy experience?

Based on anecdotal evidence, there can’t be many affirmative responses to these questions. In fact, C-Store has spoken to numerous retailers who have lost thousands of pounds-worth of business without receiving a penny in compensation. And, of course, it’s not just c-store owners - the issue affects all small businesses, from pubs to bakers, firms which don’t have the resources to suffer significant loss of trade, or to embark on a drawn-out battle for compensation.

In response to our campaign, Greg Mulholland MP has tabled an Early Day Motion in Parliament calling for ‘Roadworks Justice for Small Businesses’. Mulholland, along with C-Store and the Morning Advertiser, is urging other MPs to sign the EDM, with a number having already signed it.

The EDM is as follows: “That this House recognises that many small independent businesses, including small shops and pubs, are negatively affected by road and utilities works; notes that some businesses, such as Castle Stores in Mow Cop, near Stoke, have lost as much as £800 per week over a three-month period this year due to the effect of road and utilities work, but have not received adequate compensation for this; further notes that this level of loss can result in small businesses closing, with the licensee of The Station Hotel in Hucknall, Nottinghamshire, recently reported being on the verge of closure due to a roadworks scheme costing the pub £20,000 in lost trade, and that the Green Bricks pub in Hull has lost £6,000 a week since November 2015 in an ongoing roadworks scheme, and the licensee has been informed there is no legal obligation for compensation from any avenue; is frustrated that the process to apply for compensation is challenging and time consuming and that it often results in no compensation being given; believes this unfairly discriminates against small businesses, as larger companies have the resources to cope with the disruption or pursue compensation where small business owners do not; and calls on the Government to reform the way small businesses can receive compensation, supporting these small businesses through making it easier for them to claim compensation and increasing the amount of compensation they can receive through a consistent and uniform process.”

This is why C-Store has teamed up with The Morning Advertiser, the leading title for the pub trade, to launch the Works Must Pay campaign. To date, the campaign has gained cross-industry backing as well as the support of MPs. Greg Mulholland, MP for Leeds North West, has tabled an Early Day Motion (EDM), ‘Roadworks justice for local businesses’, which is gaining support from his Parliamentary peers.

Our objective is for the government to reform the way local businesses can receive compensation into a simple, transparent process, and increase the amount they can receive. To help us achieve this, we urge retailers affected by roadworks to seek the support of their MPs and urge them to sign the EDM - and also to contact C-Store.

In the mid-1990s, Dean Holborn of Holborn’s, Surrey, took British Gas to court after losing £1,000 a week during works outside his Redhill store over a six-week period. “Bearing in mind our store was only 450sq ft at the time, it was a massive loss,” he says.

Dean didn’t receive any compensation, but his case helped bring about an amendment in the 1996 Gas Regulations, which gave small businesses a statutory right to claim compensation for loss of turnover caused by gas works.

However, it was largely a symbolic result as it is still extremely difficult to claim back losses. Since the 1996 regulations Dean has had numerous issues with gas works. “I lost about £90,000 in trade once and even that wasn’t enough to claim back. If we’d lost £115,000 we could’ve claimed it,” he says. “The system is fraught with loopholes. We don’t have the legal resources to fight these companies, who improve their businesses at the expense of ours.”

Water companies also have a statutory obligation to offer compensation but, again, this rarely happens.

The local highways authority is under no obligation to offer compensation to businesses affected by roadwork schemes - unless there is negligent action by the highways authority or contractor. Retailers can approach their local Valuation Office Agency to seek a reduction in business rates, but the system is often arduous and time-consuming. Also, local authorities have discretionary powers to reduce rates, but as they are strapped for cash are not inclined to use these powers, says Jerry Schurder, head of business rates at property consultants Gerald Eve. “The government is making it worse because they are going to further devolve business rates from 2020. It’s not really giving local authorities powers, but it will mean total cost of granting relief will cost 100% for local authorities, whereas now it’s 50%,” he argues.

Retailer Mike Duffy sought compensation after bridge repair work near his Budgens store in Ash Vale, Surrey, overran by five months (it was supposed to last for four months). Armed with photographic evidence, as well as records of loss of turnover and footfall, he took his case to the Valuation Office Agency and ended up receiving a 10% rebate on his business rates.

So you can get results. But the onus was on Mike to seek compensation, and he was only able to because the works overran. In many cases store owners suffer a crippling loss of trade, but are refused compensation.

“I’ve tried to get compensation from highways works too, but never had a penny back,” says Dean. “If this campaign achieves its aim it would benefit small businesses across the country.” 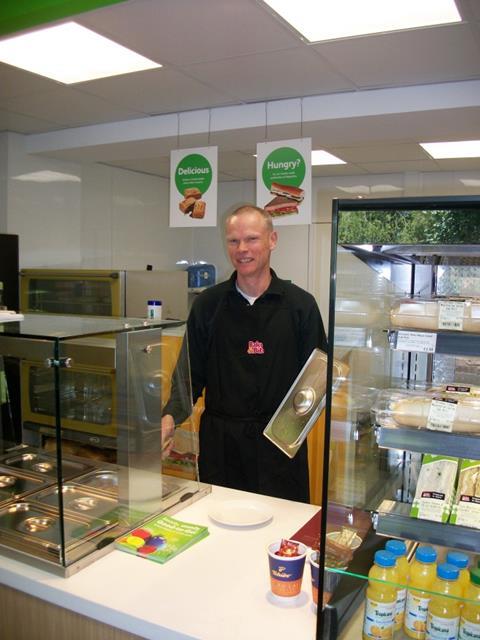 Highways works, including road widening, speed bumps and utilities, took place outside Julian Taylor-Green’s (then) Londis store for about nine months between 2011-12. “Turnover dropped by 20%; we had to make redundancies and close our bakery,” he says.

He sought compensation, unsuccessfully, but does credit his local authority for trying. “The council had already given us the maximum rate relief, and they revalued our rate after the bakery closed to make sure we weren’t paying rates on that. But they said there was nothing else that they could do,” Julian says.

He contacted his MP, who said that all he could do was write to the council.

“It’s not just the lack of compensation, it’s also the lack of communication and concern for local businesses,” Julian adds. “The work took place over the most critical times of the year - you couldn’t get into the store in December, there was no parking. At one point the road coming into the village was closed for a month. If we’d known what was going on we’d have delayed the opening of the bakery for another year - you can’t budget for what you can’t foresee.” 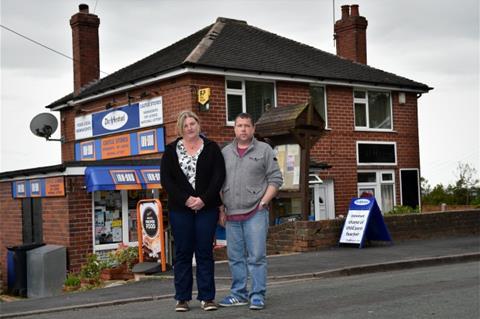 Julie Shepherd had only just bought her store near Stoke when long-running street works began earlier this year. “From the beginning of February to the end of May the store was affected by different utilities work involving Severn Trent, then the National Grid, and then United Utilities,” she says. “All the works restricted access to the store, resulting in an average £800 a day in lost sales. I had to borrow £4,000 from my husband’s family to keep the store going.”

National Grid said she would need to lose £4,000 in profit over a four-week period to be eligible for compensation. Julie adds: “Severn Trent gave us £700 in compensation - they said they weren’t fully liable - and said National Grid would pay the rest, but they didn’t.”

Julie also claims that there was no notification from the three companies that they would carry out the works.

Depending on his response, she said she would “take this issue up with ministers”. 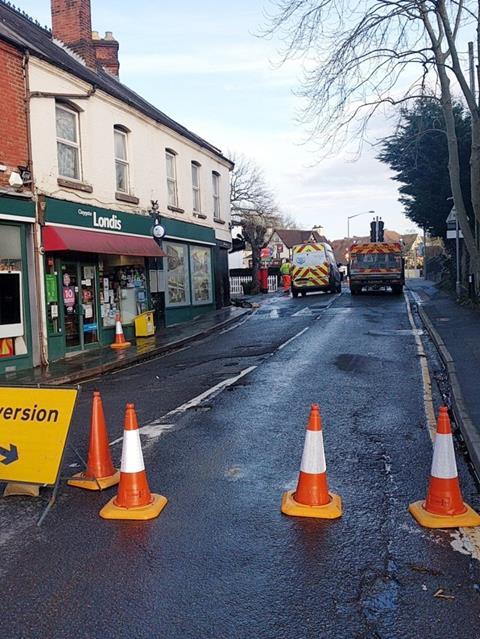 Hiral Patel says his Londis store has been hit by utilities work on Claygate’s small high street for up to one month a year, on average, over the past five years. The work has usually involved Thames Water cleaning water pipes or clearing blocked sewers. The most recent work was carried out between 27 June and 1 July.

“They often come along and put traffic lights up in the middle of two roundabouts outside our shop, which restricts access and causes chaos with traffic and deliveries,” he says.

“In order to drive to us it involves 15 minutes in traffic, and no one can park while the works are going on. There’s no trade in the early mornings because of it. Everyone tries to avoid the area.”

He says the store loses about 50% of its turnover every time the roadworks appear, and footfall disappears. “Thames Water says I can only get compensation if the works continue for a certain amount of time. They also ask for three years-worth of figures. So I’ve never received any compensation,” he says. “The whole village is up in arms.”

Hiral says he has contacted his MP, but is yet to hear  from him. 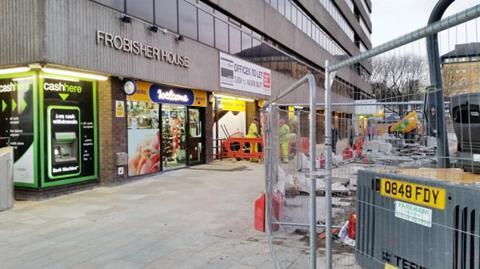 Two of Richard Inglis’ Welcome Co-op stores in Southampton have been hit by roadworks in the past year. The work outside his Frobisher House store lasted for 18 months. “It was part highways work and part pedestrianised area. Our trade dipped, turnover was down 25% at some points,” he says. “The entrance area had to be dug up and customers couldn’t get to us from some directions.”

Richard’s Harbour Parade Store is opposite the WestQuay Watermark, a £70m project to create a leisure and retail park. “Every now and then, they just close the road for works, and the pedestrianised zone was shut for a period, but we don’t get any reduction in rates,” he says. The project has been running for more than 16 months, since about the time the shop opened.

Richard lodged a business rates appeal with the Valuation Office Agency. His Frobisher House application was rejected, while for Harbour Parade he was asked for sales figures for the 12 months prior to the development commencing, even though “they know we were not trading”.