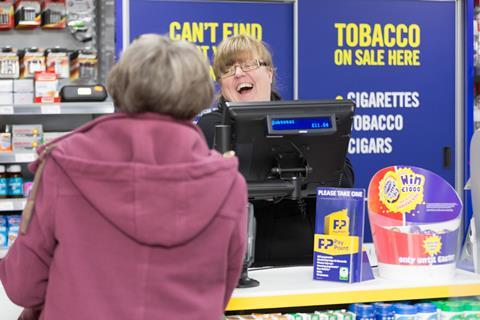 The report, Forging a New Future in Convenience Retailing, reflects the views of a nationally-representative sample of 562 consumers, polled online by KAM. Three quarters of adults in the survey said they have visited a convenience store in the last six weeks, with almost a third of respondents (27%) saying they will continue to use their local c-store more regularly on an ongoing basis once the current government guidelines are relaxed.

Nearly half (44%) of respondents think prices have gone up during the lockdown, although that 47% of consumers stated that they would find an increase acceptable (to some degree), under the current market conditions.

“We should be very clear that there is a difference between responding to current market conditions and a need for genuine price increases, against ‘predatory pricing’, which has been reported but actually only occurs in very few cases.

“Right now, the cost of deliveries is greater than it was on the 23 March, plus there is no more ‘open food’ so the price of packaging has increased. Normal SKUs such as price-marked-packs (PMPs) are no longer available, so retailers have had to switch to non-PMP packs. Whilst products are widely available to the consumer, there are still major supply issues which means the introduction of different lines. Take for example alcohol, where we are presently getting about 50% availability.

“Understandably, many retailers are probably ignoring promotions currently. Maybe one of the big learnings to come out of the current situation, will be that we are probably doing too many promotions and actually our customers are not that interested. If retailers spent their time on customer service rather than setting up promotions, I would question would they fare better?”

Over 77% of respondents said they feel ‘very safe’ or ‘somewhat safe’, when shopping in their local c-store, although 70% said that control of the maximum number of people in-store was a “must-have”.

Flow systems were considered as essential by 54% of shoppers, along with protective equipment for staff (63%) and in-store hand sanitisers or wash stations (50%).