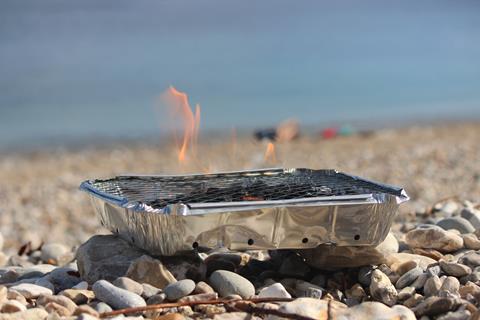 Southern Co-op has stopped selling disposable barbecues completely from all stores to ”protect the environment at a time of greatly increased risk of fire”.

Chief executive Mark Smith said: “We have had a longstanding commitment to reduce our impact on the environment. We’ve taken the additional step to completely remove disposable barbecues from sale in all our 199 managed stores to play our part in addressing the impacts of the extraordinarily dry conditions across the south.

“We hope our customers and members will support this important move to protect our local wildlife and ecosystems.”

This comes following an appeal by the London Fire Brigade for all retailers to stop selling disposable barbecues as they pose a significant fire risk if they are not put out properly, causing grass fires in open spaces and scorching grassed areas.

London’s Fire Commissioner Andy Roe has written to local authorities asking for a temporary ban on the use of barbecues in all public parks and open spaces.

The Brigade also is backing a petition set up by Toby Tyler whose son Will was severely burned by a disposable barbecue. The petition can be found at https://petition.parliament.uk/petitions/618664.