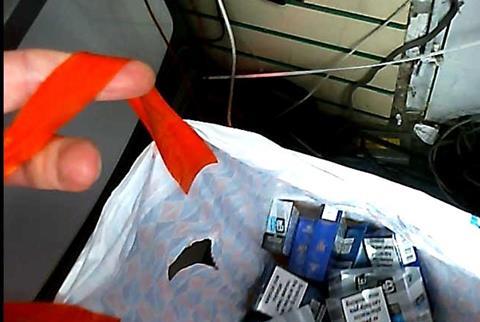 A retailer in Durham has been ordered to pay over £1,000 after counterfeit cigarettes and tobacco were found in her shop.

Trading Standards officers also noticed the shop was not displaying the legislated tobacco warning notice, which declares: ‘It is an offence to sell tobacco products to anyone under the age of 18.’

According to Durham Council, the retailer admitted selling the illicit products and confirmed she had purchased them knowing they were illegal. She appeared at Peterlee Magistrates Court and pleaded guilty to selling illicit cigarettes and tobacco from her shop premises, and was ordered to pay a fine of £200, a victim surcharge of £34 and £850 costs - totalling £1,084.

Owen Cleugh, Durham County Council Trading Standards public protection manager, said: “Selling illegal tobacco affects communities on many levels. All tobacco is harmful as it can compromise the health of the public and should be sold with the required warnings. Cheap and illegal tobacco makes it easier for children to get hold of the products and can undermine efforts of stop smoking services.

“This case is an example of how our Trading Standards team is committed to dealing with illicit tobacco at all levels of the supply chain, and that we will take action against those who are found to be trading illegally.”

Meanwhile, more than £200,000 worth of illicit tobacco was seized in raids in Devon and Somerset.

The raids were conducted by officers from the Heart of the South West Trading Standards Service and supported by Avon & Somerset Police, Devon and Cornwall Police, and HM Revenue and Customs.

Using specialist detection dogs, officers executed five warrants. The team raided two stores, a residential address and a storage container in Taunton, two business addresses in each of Exeter and Yeovil and a business and residential premises in Tiverton. Two commercial vehicles were also searched. A coordinated raid took place on a linked business premises in Northampton by Northamptonshire Trading Standards.

The seizure is one of the largest of its kind by the service and means that the service, which is commissioned by Devon and Somerset county councils, Plymouth City Council and Torbay Council, has now seized illicit tobacco worth more than £310,000 across the service area during 2021 and 2022.

Fakir Mohamed Osman, head of the Heart of the South West Trading Standards Service said: “Our Trading Standards team is playing its part in tackling this trade which has a links to organised crime. The trade in Illicit cigarettes takes business away from legitimate retailers and undermines public health efforts to reduce smoking rates.

“Using the dogs helps searches to be completed more quickly so more premises can be checked. We will continue to act on intelligence to target unscrupulous sellers making money from this illegal activity.”

Who to contact if you suspect illicit tobacco trading: