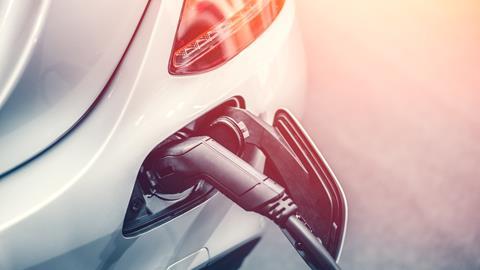 How does the government’s electric vehicle plan impact forecourt retailers?

In an anticipated move, the government has announced that from 2030, no new cars and vans powered completely by petrol or diesel will be sold in the UK.

Forming part of the Prime Minister’s Ten Point Plan for a Green Industrial Revolution, the measure will come into play ten years earlier than planned however there will be some leeway as the sale of hybrid cars and vans that can drive a significant distance with no carbon coming out of the tailpipe will be allowed until 2035.

While this plan will be positive for the environment, there are concerns over how the forecourt sector will have to adapt on a long-term basis.

In response to the announcement, the Association of Convenience Stores (ACS) warned of the impact of this measure and appealed for support for forecourt retailers.

ACS chief executive James Lowman said: “The Prime Minister has confirmed the existing policy of banning the sale of new petrol and diesel cars, but we are pleased that some hybrid cars will be allowed to be produced and sold for a period after 2030, helping drivers and fuel retailers to move more smoothly towards this radically different model for powering vehicles.

“This will bring huge challenges for petrol forecourt retailers: maintaining supply of petrol and diesel to a declining but very large market of traditional internal combustion engine vehicles, offering fast and convenient charging facilities to EV drivers many of whom will typically charge at home or elsewhere away from the current forecourt network, and responding to other developments in powering vehicles, for example hydrogen. Every method of powering vehicles requires significant investment to offer safely and effectively, so these businesses need support and positive incentives to help with this transformation.”

Figures from the latest ACS Forecourt Report show that of the UK’s network of around 12,000 charging locations, just over 250 charging points are located on forecourts (excluding service stations) while there are around 142,000 fully electric vehicles and 196,000 PHEVs registered in the UK.

ACS also recently responded to a consultation from the Department for Transport on bringing forward the end to the sale of new petrol, diesel and hybrid cars and vans from 2040 to 2035, calling on the government to do more to provide fuel retailers with support to introduce EV charging points.

Its submission to the consultation suggested that the government must focus on incentivising and supporting investment in EV infrastructure and charge points and provide more funding to facilitate direct connections between fuel retailing sites and the National Grid.

Forecourts will have to evolve

As well as the logistics of introducing charging points to forecourts, there has been concerns in the sector that forecourts may have to work harder to attract customers if traditional fuels were no longer as much of a draw.

In a recent interview with ConvenienceStore.co.uk, new Simply Fresh COO Michael O’Loughlin warned that forecourts would have to evolve beyond their current offering.

He said that “the forecourt sector is dependent on the wrong categories, it’s dependent on lines that are under attack like tobacco, sugar, alcohol, lottery, fuel and I believe as electric vehicle usage increases there are fewer reasons to go to forecourts”.

“Customers buy fuel once a week and if 20-30% of those customers stop going because they’re driving electric vehicles, retailers will struggle to replace them. Forecourts are not getting their fair share of the top up opportunity because their range and current supply chain doesn’t offer them the products to top up.”

Earlier this year, Shahid Ahmed of Costcutter Wednesbury forecourt site in the West Midlands shifted his offer to include more grocery lines and focus less on impulse and saw his non-fuel sales rise from £5,000 per week to £34,000. Although some of this was driven by lockdown behaviour, Shahid says changing his product mix has significantly increased basket spend from £4.24 per visit (excluding fuel) to £18.15 per visit at a time when fuel demand was low.

How will you be changing your product mix and keeping customers coming to your forecourt? Let us know at aidan.fortune@wrbm.com.