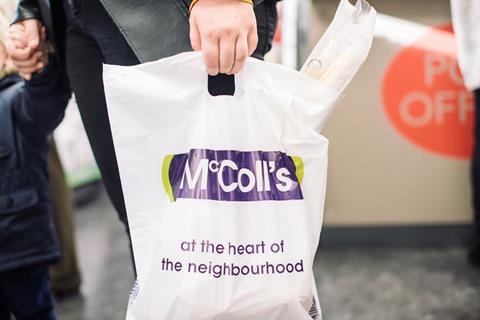 Morrisons has reportedly won the bidding war for McColl’s, beating out competition from the EG Group.

As first reported by Sky News, the supermarket has won a bidding war to take over McColl’s which announced it was entering administration on Friday.

On Thursday of last week, McColl’s warned that administration would be “highly likely” if no short-term funding was found. That evening, a bid by Morrisons was reported however McColl’s lenders were “not satisfied that such discussions would reach an outcome acceptable to them” and administration was announced by McColl’s.

This sparked further rumours that a bid by the EG Group was made however an updated offer by Morrisons was accepted.

As reported by Sky News, the new deal will see Morrisons take over the business immediately with all 1,165 stores and 16,000 staff safe in a pre-pack administration deal. The supermarket is also reported to have committed to honouring McColl’s pension obligations.

Morrisons and McColl’s already had a supply deal in place, along with an ambition to convert 450 McColl’s sites into the Morrisons Daily format by the end of 2022.

McColl’s financial stability has been a subject of much focus, with Jonathan Miller stepping down as CEO in March and the business reporting weaker-than-expected Easter trading due to cost of living rises and supply chain issues.