Turn next week’s ban on menthol and capsule cigarettes into an opportunity with the help of our webinar which is still available for free on demand . 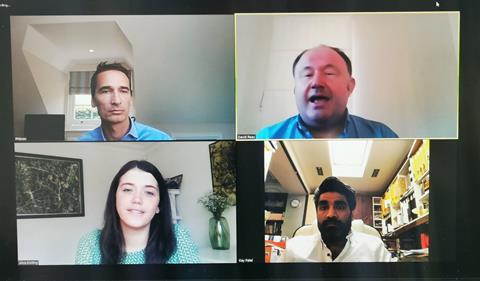 Convenience stores are facing a “significant opportunity” to re-channel vape sales away from specialist stores back through their tills, when the ban on menthol and capsule cigarettes comes into force next week.

That’s one of the key messages from last week’s free to view webinar on the future of tobacco and the menthol ban, which is still available to watch on demand.

The Future of Tobacco Retailing webinar analyses the immediate and longer-term impact of the ban on menthol and capsule cigarettes, coming into to force on 20 May, and also considers the potential for alternative tobacco and reduced risk products (RRP) such as vape and heated tobacco.

The ban on menthol and capsule cigarettes, which currently account for around a quarter of the cigarette market, will create a “moment” for adult menthol smokers; when they will be forced to make a decision to either switch to an alternative product, or quit Nixon said.

Retailers needed to prepare to make the most of that moment and be able to offer information and alternatives to the 1.3 million adult menthol smokers who will be looking for a solution from 20 May, he added.

However, with less than two weeks until the ban, consumer awareness remains relatively low, Dolling explained.

“Around 60% of adult smokers say they are aware of the ban but that means that around two in five of them aren’t, signalling that education is still needed with a number of shoppers,” she said.

With some adult smokers believing vape shops to be a little “intimidating,” convenience stores could be a “good place” for those conversations and education pieces to happen, Dolling added.

Studies by HIM & MCA also highlighted the opportunity that could exist for convenience retailers who invested in growing their ranges of RRP and alternative products.

Independent retailrer Kay Patel said he had already invested in a wide range of alternative and RRP products but also called for more supplier support on merchandising following the ban.

“Our counters are currently so cluttered with various different display stands which is all very confusing for customers,” he said.

He also raised concerns about the impact that the ban could have on retailer cash-flow, which was already under pressure as a result of the coronavirus crisis.

“Suppliers have said that they will buy back unsold menthol stock but that’s a lot of cash-flow tied up until they actually do,” he added.

“At the same time many retailers are hoping to boost their stockholding with additional ranges of RRP and alternative products, placing yet more strain on cash-flow at what is already an incredibly challenging time,” he added.