Store workers were threatened by a man armed with a meat cleaver during an armed robbery at a McColl’s store in Greater Manchester. 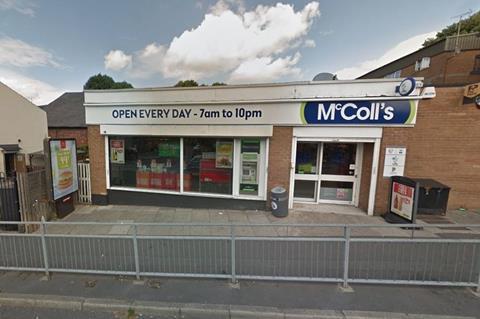 The incident happened at the store on Astley Street in the town of Dukinfield, Tameside, at around 5:50pm on 12 August.

According to Greater Manchester Police, a man in a ski mask entered the store armed with a meat cleaver, threatening staff and demanding money from the till.

Nobody was injured during the attack, but the offender made off with a quantity of cash.

The incident followed several robberies across the UK, including an incident in West Yorkshire in which a store worker was injured during an attempted armed robbery and a machete-wielding robbery at a McColl’s store in Essex.