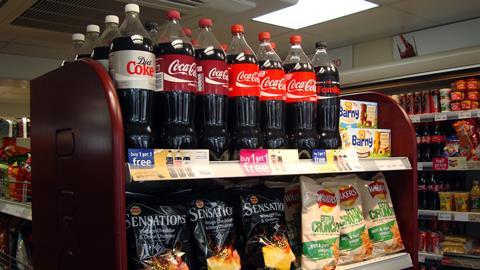 Obesity strategy will make it harder for convenience stores

The long-rumoured government obesity strategy finally appeared this week, and as expected, is likely to have a negative impact on independent retailers.

Under the proposed strategy, there would be legislation to end promotions of High Fat, Sugar and salt foods (HFSS) by volume and prominent location. Given the size of convenience stores and the amount of products they carry, dictating where certain skus can and can’t be displayed could prove problematic.

According to Lowman, this whole exercise has missed the mark in terms of encouraging healthy eating. “Government policy and resource needs to be focused on expanding choice and healthy food availability, not on regulations that would make life harder for shops that are maintaining access to food for their communities.”

In its submission to the government’s 2019 consultation on the issue, the ACS suggested that there should be an exemption for local shops smaller than 280 square metres from being required to comply with the restrictions on location of unhealthy products.

It also called for specific definitions for restricted locations to avoid confusion for retailers and enforcement officers to determine which locations are restricted. So far, none of these requests have been granted although the ACS has said it will be responding to the consultations in due course.

What are the government’s measures to cut obesity?

Ban on TV and online adverts for food high in fat, sugar and salt before 9pm

End of deals like ‘buy one get one free’ on unhealthy food high in salt, sugar and fat

The ACS warned that the cost for convenience stores to comply with the location restrictions ranges from over £61m to over £483m, significantly higher than the government’s estimate of £30m to the retail sector.

Cost to the consumer

Tim Rycroft, chief operating officer at the Food and Drink Federation, also warned of the knock-on effect of a potential promotions ban on certain foods.

“As the economy struggles to recover, new restrictions on promoting and advertising everyday food and drink will increase the price of food, reduce consumer choice and threaten jobs across the UK. And all to save 17 calories a day.

“If price promotions are banned, already hard-pressed shoppers can expect to see their weekly shop become more expensive, at a cost of £600 per family. We have already seen evidence of this during the current crisis. Government policies should not put further pressure on rising food costs, which will disproportionately hit the tightest household budgets.”