Six weeks into a UK-wide lockdown, convenience retailers offering home deliveries say that demand for their services appears to have stabilised. 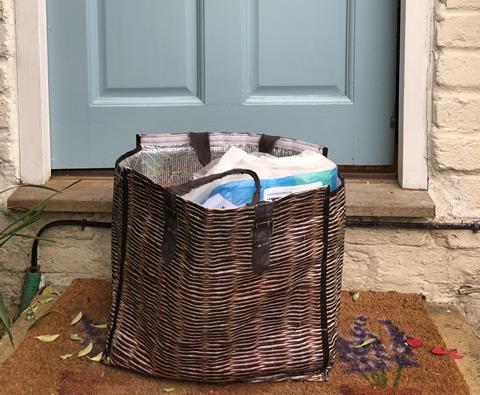 While demand remains “extremely high,” new growth appears to be slowing as shoppers grow accustomed to the “lockdown routine,” and the supermarkets pick up some of the strain by prioritising delivery slots for the elderly and vulnerable.

“The delivery service has taken off since the start of lockdown. We are very much running it as a community service though, only delivering to elderly and vulnerable people in the community.

“Demand for the service is still really high but it’s not growing at the same rate that it did at first. I think the supermarkets have taken up more of the slack recently by prioritising slots for the elderly which is ultimately a good thing, the more help on offer, the better,” he said.

“It’s exhausting work and sometimes I’m out making deliveries late into the night but I certainly sleep well as a result as I know I’m making a real positive difference to people’s lives.”

Independent retailer Chaz Chahal, who is also running a home delivery service for elderly and vulnerable locals from his Simply Fresh store in Inkberrow, Worcestershire, also said that things were “settling down.”

“The home delivery service is still massively popular but I think we’ve reached the peak of demand as things stand,” he said.

“We’ve only ever run it as a vital community service for the elderly and vulnerable. There could be a opportunity to grow it further if we opened it up to a wider audience further down the line but that would take quite a bit of thought and we wouldn’t want to rush in and get it wrong,” he added.

Footfall to the store is currently down but average basket spend is “hugely up,” Chaz added.

Sid Sidhu, owner of St John’s Budgens in Kenilworth, Warwickshire also said that while demand for his home delivery service remained extremely high it appeared to have stabilised.

The online side of Sid’s business now accounts for 20% of total sales however Sid expects it to remain a “significant and permanent contributor” to the business going forward and is in the process of, “re-thinking the online strategy with an eye on post Covid19.”

The store arranges deliveries for a wide range of shoppers including the elderly and vulnerable via the Covid19Kenilworth support group and the “hugely successful,” Snappy Shopper app and web platform.

Snappy Shopper recently reported a 534% increase in platform sales in the five weeks since lockdown began on 23 March, compared to the previous five weeks.

Platform customers have increased by 360% over the same period and average basket spend has increased by 51%, from £21.52 to £32.49, during the Covid-19 pandemic, the company said.

“During the Covid-19 pandemic our top-performing store generated an incredible £39,800 of home delivery sales in a single a week,” he added.

“Many of our retailers are also providing free delivery to customers over 60 years of age during the lockdown and we are very proud to be providing a key service that helps local retailers support their communities during these unprecedented times,” he added.