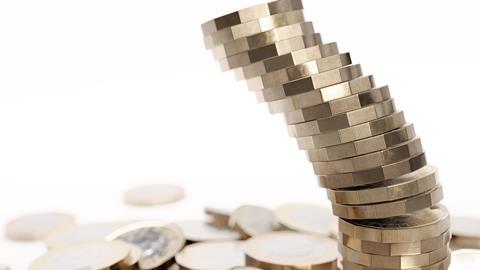 With the onset of the coronavirus, cash became one of the overlooked casualties of the pandemic but don’t pull the plug on it yet.

In a scramble to reduce the spread of the virus, both small and large retailers urged customers to use contactless rather than cash where possible and the contactless limit was increased from £30 to £45 per transaction.

Five months on and it appears we’re used to not carrying cash. A YouGov survey, commissioned by digital payment software and solutions provider ACI Worldwide, found that one in three (32%) of UK consumers would like to see the contactless spending limit increase again. Of those in favour of an increase, 40% said they want the limit to increase to £100 per transaction.

The same percentage (32%) also said they will use cash less often even when ‘life goes back to normal’.

In the Association of Convenience Stores Local Shop Report 2019, it was revealed that while 100% of retailers accepted cash as payment, 94% take cards and 88% accept contactless payment.

The YouGov study also found that 63% of respondents said that since the beginning of the lockdown they have made more card payments while 80% have made more contactless payments.

The survey asked why are people moving away from cash and it reported that 57% of respondents said it ‘feels safer’ while 53% reported that the shops they are visiting regularly had stopped accepting cash payments as often and 36% cited ease of use.

“The Covid-19 pandemic has been a massive accelerator and has led to behavioural change among consumers that normally would take years,” said Andrew Quartermaine, vice president of merchant solutions at ACI Worldwide. “As shopping habits have changed, so have the attitudes toward alternative payments. Our research indicates that this shift is not temporary but rather the new norm, and retailers need to take note.”

That’s not to say that cash is gone forever, statistics from the Post Office Cash Tracker found that business cash deposits 63% higher in July (£817 million) compared with June; and 155% higher compared with April, when lockdown measures were in place across UK. This is down 29% on July 2019 (£1.1bn). When compared to the start of lockdown, Post Office data shows that in April, just under £320m was deposited by business customers, compared to £1.1bn in April 2019.

It also found that the use of cash continues to recover as personal withdrawals recorded in July increased 13% month-on-month, reaching a value of £607m, despite increase in ability to pay by contactless.

”There is a real risk of the UK sleepwalking into a cashless society.”

But is everyone happy about this brave new world? Following the recent news that cash handling businesses G4S and Loomis are to cut 1,150 and 312 jobs respectively, there are concerns that the reduction of cash usage could leave some behind.

GMB national officer Roger Jenkins explained the risk of a cashless society and the knock-on effect it would have on the entire retail sector. “Our country’s cash infrastructure is facing a death spiral. The collapse of the cash industry could have a terrible impact on the elderly and most vulnerable and wreak havoc on a whole host of businesses that rely on cash transactions.

“There is a real risk of the UK sleepwalking into a cashless society. The lesson from other countries who are belatedly trying to put the brakes on is that the damage, once done is difficult to undo.

“Once the heart has been ripped out of the cash industry, cash registers have been removed and ATMs are mothballed, a vital lifeline has been cut. GMB is calling on the Government to take action to protect the industry and all those who will be hit hard by the removal by stealth of access to cash.”

One piece of insight that came out of the study was that respondents felt retailers should do more to ensure the safety of consumers. When asked about ways retailers can reduce the need to have to touch surfaces when shopping and paying for items in-store, 39% said they want retailers to remove the minimum card spending limits while 42% want a greater range of delivery options with more time slots, 31% want more click-and-collect options and 30% want more assistants on shop floors who can help process transactions.

Tellingly, 16% will move to buying more of their groceries online. “One of the key findings of this survey is that yes, there has been a big shift to eCommerce, but consumers also want to go back into stores,” said Quartermaine. “However, safety is a big concern and consumers want retailers to put measures in place to make shopping safe and convenient whatever channel they choose.”