Hard-working convenience store staff who are going “above and beyond” to maintain stock and service levels during the coronavirus crisis are earning every penny of their new higher minimum wage, according to independent retailers. 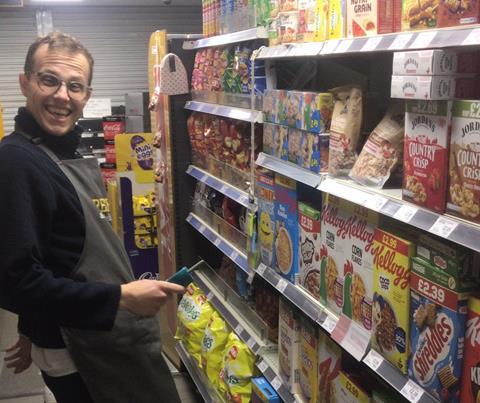 A member of staff at Nisa Village Stores in Mickleton, Gloucestershire

However, despite the additional cost pressure and financial worry, retailers claim that staff are earning their wages more than ever in the current climate.

Harj Dhasee, of Nisa Village Stores in Mickleton, Gloucestershire, said: “A few months ago we were planning to look for ways to cut costs and bring in new initiatives to drive footfall in a bid to offset the new rise in the NLW which will put further pressure on costs, but all that has gone out of the window in the current climate.

“Thoughts of offsetting cost rises are so far from my mind right now, all I can focus on is keeping store supplies and service levels up and keeping my staff safe.

“As tough as it may be, my staff deserve every penny they get right now, they are true heroes, going above and beyond every day and putting themselves on the front-line to help customers through this terrible time,” he said.

Sam Coldbeck of Premier Wharfedale in Hull agreed: “We took action on the NLW back in early January, soon after the rise was announced, making sure we had the right team and the right people in the right roles so I feel as prepared as we can be for the rise.

“To be honest, in this current situation I feel that staff absolutely deserve the new higher wage: their loyalty and hard-work is incredible.”

The Chancellor has indicated that he will recommend a target of two-thirds of median earnings for future wage rates by 2024.

But Low Pay Commission chairman Bryan Sanderson has warned that an “emergency brake” on wages increases may be necessary if the coronavirus outbreak causes sufficient damage to the economy. The Low Pay Commission monitors the labour market and the impact of the National Living Wage closely, advise on any emerging risks and, if the economic evidence warrants it, can recommend that the government reviews its target or timeframe.