Is there a Paypoint boycott? We’ll join it

Retailers struggling to get Paypoint commission clarity consider a boycott 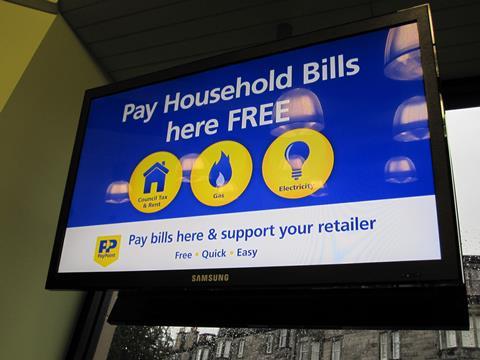 “Please unlock a mystery,” wrote Subhash and Rama Varambhia from their Leicester-based Snutch News. “Recently we have noticed a trend from the neighbours including One Stop that they are refusing to accept utility/council tax bills! All with Paypoint. Why? Are they boycotting? If so good idea.

“We will join. We used to get 5p flat commission. Tried to talk to PayPoint to find out how much we receive now. Nobody was able to tell us.”

Rama says: “The call centre said try Lloyds.” But as Lloyds pointed out it was nothing to do with them.

What has miffed the couple is that people were coming to them just to pay their bills having done their other shopping elsewhere, making the commission – or lack of – somewhat of an issue.

I put all this to PayPoint and a spokesperson responded: “PayPoint was contacted by a retailer who was concerned that two local stores were refusing PayPoint customers. We were able to explain that one local shop was no longer a PayPoint retailer and the other is still taking payments. We are following-up with the retailer again to see if we can provide any further assistance.”

I sent this to Rama and she replied that they were still none the wiser as to commission. She’d had a call from customer services. He said he was ringing regarding commission. She asked what the rate was.

“He said it is very difficult to work this out, difficult to answer the question but I can look it up on my My PayPoint, I said I have tried, but I could not find out how it is calculated.”