1
Category management: time to get back on track after lockdown 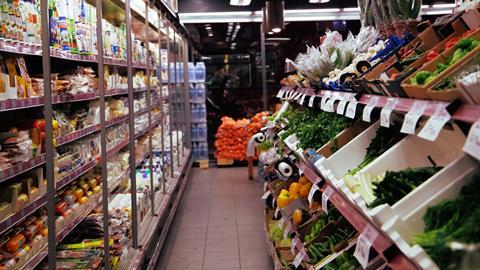 Coronavirus has forced retailers off-road, but now is the time to revisit your categories and ensure you are maximising your space. Select a category from the dropdown below to see the latest supplier advice on maximising your sales.

To say it’s been a rough ride in recent times is something of an understatement. Retailers across the UK have poured blood, sweat and tears into keeping shelves full and serving the needs of their communities.

With so many tasks having taken a back seat, category management may seem low-priority, but ensuring your categories are well-managed could be crucial to holding on to those all-important new customers won during the pandemic.

“You could look at it that category management is more important right now than it ever has been, because we have more people now looking at our shops and what’s available in them, so it’s important to get that balance,” says Amit Puntambekar, who owns Ash’s Shop in Cambridgeshire. “Before, you might be targeted towards specific demographics, but now you’re getting everybody coming into the shop, so you need to expand your range and potentially shrink facings down, just to rediscover what you need to have in the business to sell and figure out what customers want.”

IRI has found this to be the case in c-stores across the nation. “We have seen the range [moving annual total % of items sold vs. last year] increase by 7% in Convenience [+0.7% in 4 w/e 25.07.20, IRI] as shoppers have been looking to convenience channels to fulfil more of their basket,” explains Stephen Lampard, head of convenience at IRI. “During the Covid-19 outbreak, local retailers with a breadth of range would win as shoppers stayed local and avoided the queues of major supermarkets.”

Amish Shingadia, of Londis Caterways in West Sussex, has witnessed a dramatic shift in recent months. “We were trading 120% up during the virus and we’re still trading about 60% up. I think we’ve become more of a destination store. Nine out of 10 people are doing a top-up shop and one in 10 are doing a shop to last three or four days.” He has had to make room for more lines to accommodate new customer needs. “With fresh, we’ve had 20-25 new lines come in. We’re stocking more family packs of food,” he says. “Even the basics, like cards and stationery, people have been buying a lot more of for family and friends,” he says. “We’ve had to reduce facings and recruit more people in the afternoons to top up shelves.”

In addition, many retailers have brought in new products due to supply shortages on their existing lines. “Some ranges are a bit messy because we’ve got over-duplication of products that we’ve over-compensated for,” says Chaz Chahal of Chahal Retail in Worcestershire.

As lockdown loosens, retailers are realising that it’s time to kick their categories back into shape.

However, continuing availability issues are adding to retailers’ difficulties. “We’ve reset on some planograms,” says Chris Shelley, owner of Shelley’s Budgens in Horsham, West Sussex. “We’ve increased our cleaning products range accordingly, but some stuff is still hard to get hold of. We’ve only just managed to get anti-bac wipes in the last week. Toilet rolls got reset about three weeks ago.

“Out of 35 lines on the planogram, there were still seven unavailable. What do you do with those gaps? Source other products or re-face other lines?”

There’s also the matter of what to do with substitute lines. “Do we de-list them or keep them on?” asks Kay. “We’ve started stocking No Drain Tuna – we didn’t need it, but got it because there was no normal one. It now outsells the normal one.”

A full category overhaul is not currently an option for everyone. “With stores the size we currently have, when you re-merchandise it takes two people and it takes up space,” says Kay. He is still keen to keep his fixtures in check, but in addition to analysing product sales and margins, the ease of sourcing a product is also a key factor. “It’s all about looking at sales data now and also how easy it is to get. We’re still getting a lot of out-of-stocks. Because we have so many routes-to-market we’re ok, it’s just more legwork,” says Kay, who was 99% delivered before the pandemic struck.

C-stores are having to look at category management in a new way, says IRI. “Although category management revolves around the concepts of efficient assortment, efficient supply etc, the application of normal vehicles to deliver the benefits will be too resource-intensive and time-consuming to generate a meaningful return under pandemic conditions,” says Lampard.

“For example, if the supply chain is threatened, such that securing basic supply becomes challenged, then driving efficient supply would be akin to painting the house while it’s on fire. Instead, focus should shift back to ensuring the basic building blocks of store operation are in place. This may include actions that drive greater shelf stockholding and thus availability – eg, range review/ rationalisation projects.

“Operational flexibility has become of paramount importance – this rather than any of the regular more rigidly approached schools of thinking, which normally contribute to optimising store operations,” he says.

“Milk had a whole bay, but it isn’t enough”

Avtar Sidhu, aka Sid, of St John’s Budgens, Kenilworth, Warwickshire, has focused on making his operations more efficient. “We operate 3,500 SKUs and the shelf-space we give to fast-moving stuff isn’t enough,” he says.

As a result, Sid has re-planned his dairy chiller. “Milk had a whole bay, but it isn’t enough,” he says. “We have five deliveries a week from our main supplier, plus local deliveries. It’s about making sure your space is proportional to a) sales and b) case sizes. We’ve amalgamated the milk chiller with fruit juices and creams. While it looked nicer to have a whole bay of it, I was slightly over-spaced in that bay and under-spaced in milk. Before, I could probably get 150 bottles of 2l green milk, and now I can get 250, by using my existing space smarter. The juices and creams still have two facings (whereas before they had three, which they didn’t need).

He claims suppliers have a crucial role to play in helping retailers get back on top of their categories. “As long as suppliers can add value, we’re always happy to talk. We’re stronger together, we help each other out.”