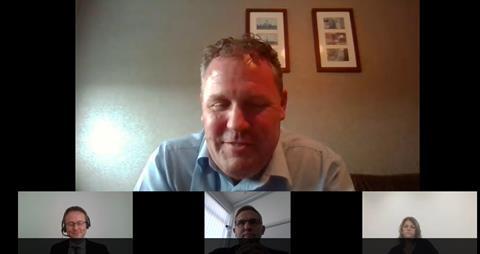 Conrad Davies, who took home the prestigious Convenience Retailer of the Year award for Spar Y Maes in Pwllheli, Wales, is positively beaming. “It’s a huge boost personally and a huge boost for staff so it keeps standards up, keeps you trading well,” he says.

What’s more, winning such a prized title has opened up further trading opportunities. “I must say we’ve had plenty of suppliers knocking on the door already,” he grins. “It’s great for the Spar brand in general itself as well just to be able to highlight quality stores out there and just how good some of the independents out there really are. What we need to do now is make sure we capitalise on this throughout the year and really use it to the best advantage we can to promote the business.”

There’s no doubt that being honoured at the Convenience Awards has numerous benefits, but just what does it take to be a winner?

Being open-minded certainly helps. Conrad claims that he has been heavily influenced by other stores. “Lots of the ideas come from looking round all of the retailers out there, just banking all them ideas. I spend an awful lot of time looking at all my peers, looking at the competition,” explains Conrad. “It’s very sad for my poor family sometimes. They’ll be going into a shop for an ice cream and I’m taking photos of the lighting fixtures!”

In addition to borrowing ideas, Conrad claims it is vital to research your customer base. “It’s understanding trends and understanding the community and the catchment area that you’re in and really trying to bring all that to life and standing out from the competition.”

For Empire Wines and Spirits, which romped home with Best Training Initiative, victory has come from listening to retailers and taking on board their feedback during training sessions. “When we’re speaking with the team you need to always remember it’s a two way street,” says md Phil Dickson. “If we make it very funnel it becomes transactional so we’re just pouring information into the team and it becomes a tick box exercise. You’ve got to make it alive and allow people to change things that they need to change to fit the needs of the business. It’s asking them to come up with ideas how they can help us,” he says. “In terms of if it’s a new range or new products going into the business, where we implement a planogram, it’s one thing saying ‘just do it’, but we come back to the team from an educational perspective.”

Nisa Retail, which was voted The Shoppers’ Favourite Forecourt Fascia, also allows for flexibility and welcomes positive suggestions. “We make [planogram] recommendations and obviously we respect the addition of local products because independent retailers do quite often want to add local products to the fixture,” says head of key accounts Victoria Lockie. The firm has made major strides since introducing the Co-op own label range to its stores, which Lockie claims has broadened its appeal, resulting in incremental sales.

She claims that winning awards encourages staff to become even more fully invested in the business. “I think there’s a whole engagement piece about making people feel proud,” she says. “Things like these awards will always be shared with staff in-store and it’s very motivating for people in-store knowing that we’ve won awards. It gives them a lot of faith and trust in our proposition and faith in the planogram. If the belief’s there they’ll get behind it and make sure that these fixtures look superb on an ongoing basis. That’s what’s important, not just the implementation, but the ongoing care of these fixtures going forwards, particularly when we’re in a pandemic.”

Another winning trait shared by all our panellists is their resilience to carry on in a crisis, and the coronavirus outbreak is a true test of this.

“The real priority is about staff feeling safe, customers feeling safe and also making sure that that proposition is absolutely the best we possible can make it,” says Lockie.

Conrad claims that staff safety keeps him awake at night. “The first concern was the staff and making sure that everyone was safe,” he claims. “We put a lot of things in place restricting customer access and one way systems. That was my biggest concern I have to say. I didn’t sleep easy, and still don’t, worrying about them all.”

Empire Wines and Spirits was quick on the case with staff training. “Before it officially went into lockdown we were communicating with the team on conference calls twice a week and three times a week in lockdown to engage in where they thought the risks were for them and their colleagues inside the store,” says Dickson. “As the lockdown came we were ready to roll in terms of ensuring the team were trained.”

The key to awards success for all our panellists has been their ability to listen to others and their willingness to learn and evolve.

Dickson claims that entering the Convenience Awards is a chance to reflect on how far your business has come and where there is room for improvement. “It’s a great opportunity to put a mirror on yourself in terms of what we think we do and what we do,” says Dickson.

“The advice I’d give to anybody entering any of the awards is to definitely go for it and invest the time reflecting on your business because the journey that I get from my training and how we take it to the next level is inspired by reaching this accolade and then how do we do it again in the future.”

Conrad advises other retailers thinking of entering next year’s awards to ensure they raise the bar. “If you can get your store to high standards and be different to everybody else, then go for it.”

The Convenience Conference has been brought together by William Reed brands The Grocer, conveniencestore.co.uk and Lumina Intelligence.

Register for free and watch all the content from The Convenience Conference broadcast series this week on demand.